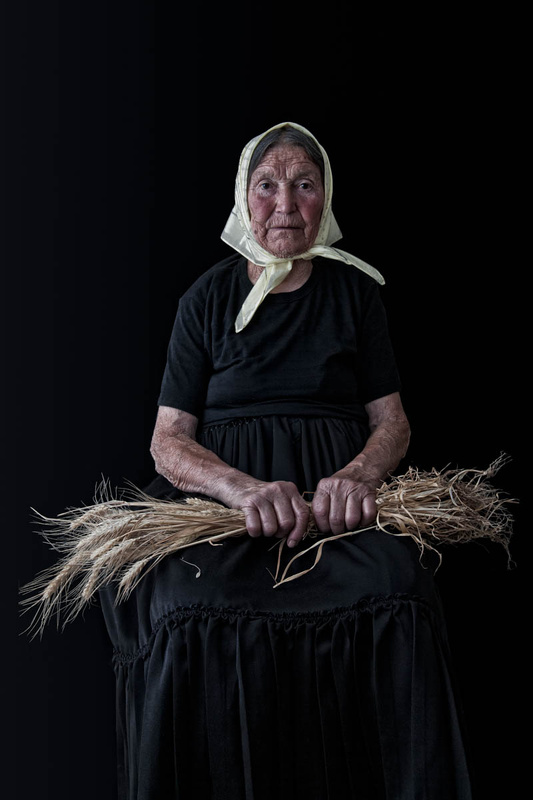 This picture was taken as a part of commission for a small farm that deals in ecologically grown food. Colleague and I had a very little sleep during the first day of our shooting, since we arrived on the location in the middle of the night, and had to get up very early to catch the golden hour. After we finished first location, we were driven nearby to the second location. It was very hot day, with sun very high, making shooting very exhausting. Lady Ana was the oldest member of family that we were staying with (the owners of the farm). We spent the rest of the day with her, and she was constantly making sure we were ok
, urging us to get out of the sun and get some rest. After we finished the shoot, she made us a lunch consisting of the best chicken I ever tasted, and sweet potatoes ( It vanished in matter of minutes ). While talking with her, I was amazed by her warm and caring persona and her wisdom. Since there was no concept on how the product packaging will look (they were packaging organic sauces and seeds), we had an idea to take pictures of every single plant they were growing in her hands, since her hands planted most of those seeds. She was remarkably calm and patient during entire shooting despite she had never before posed for a picture.
This is probably the first picture of her we took. Setup was a simple black backdrop and a speedlight
lighting a wall located to the left side of the frame.