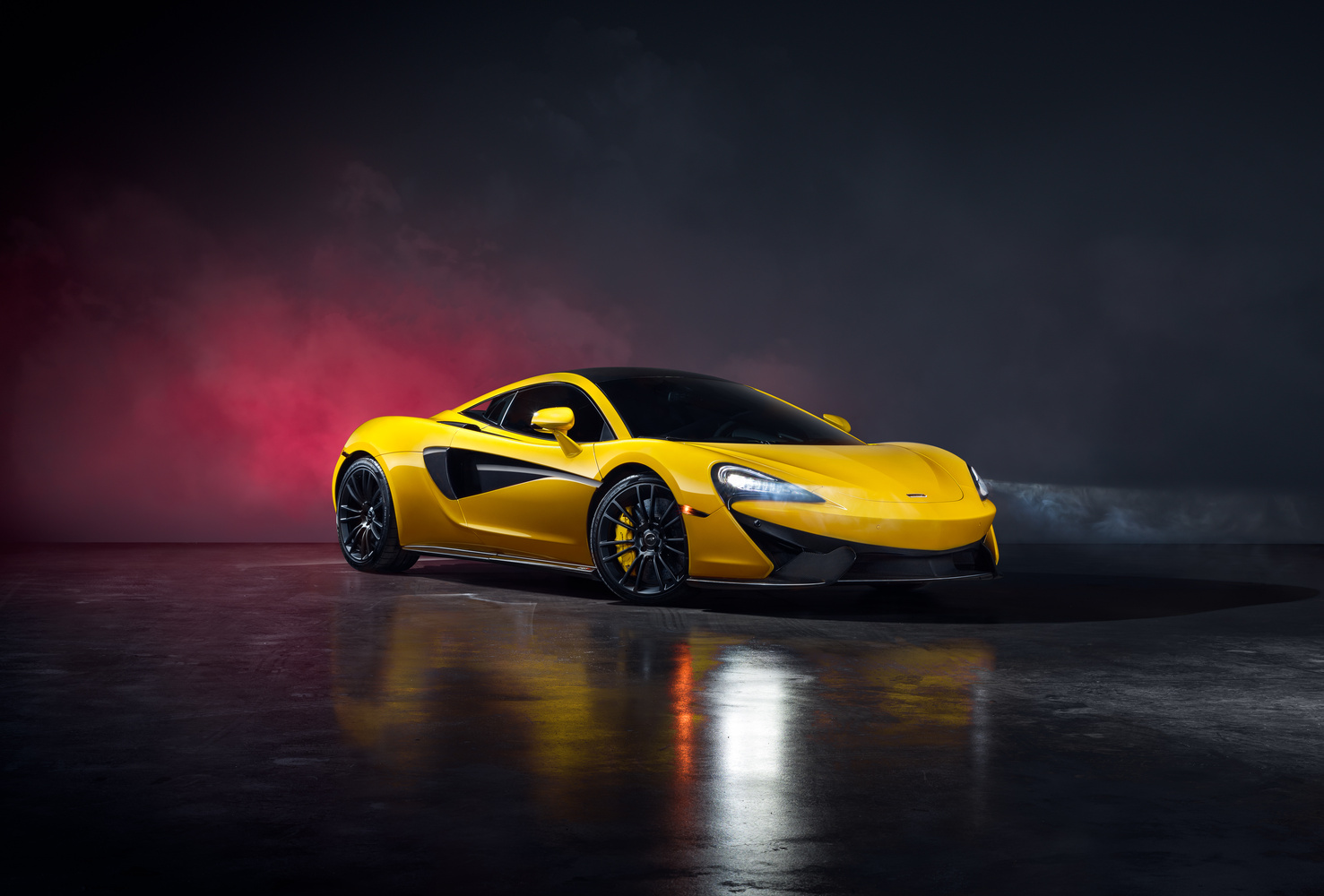 MSO McLaren 570S photographed in an exotic car storage warehouse. The entire scene was lit using an Impact Litetrek 4.0 strobe with the reflector to create the shadows and light the foreground and background. The car itself was lit with the same strobe, bare bulb to create harsh contrast and bring out the metal flake in the paint and with a 24x36 inch softbox to create highlights and light details such as the wheels and carbon fiber. All told roughly 30 exposures including those the smoke layers, which incorporated a Chauvet smoke machine. Photographed with a borrowed Nikon D810

Hey Jimmy, really nice break down on how you did this. Perfect image!

Love it... and love the description.