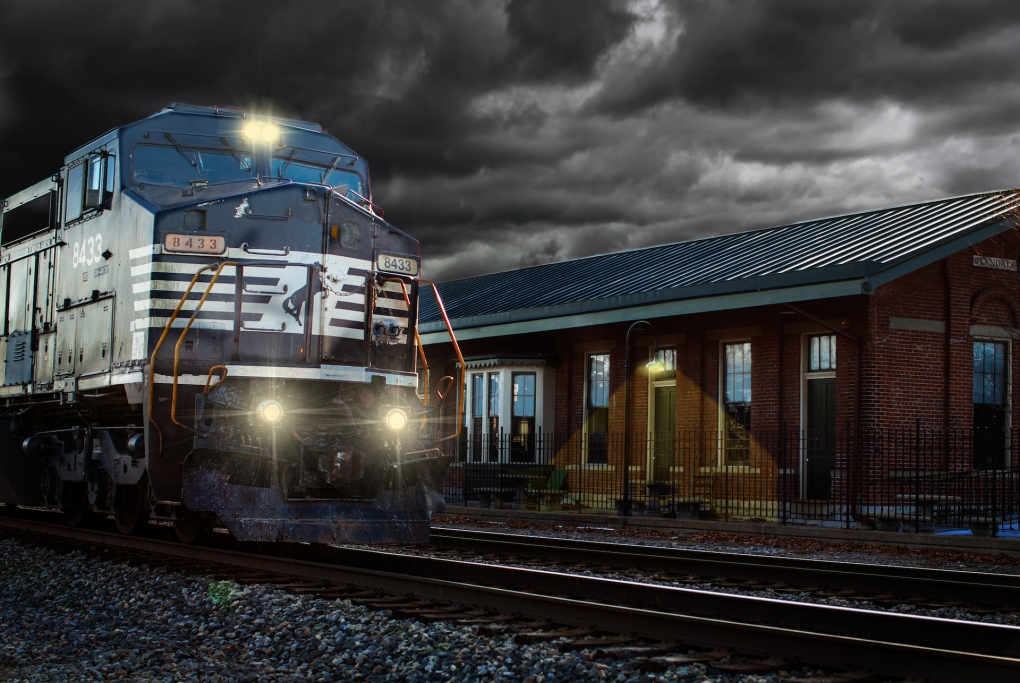 This is the first real composite image I've made if I can be completely honest. The original image was actually taken on a clear, sunny day. When I got home to edit the images from my afternoon of shooting I put this one in Photoshop and "went to town" for lack of better words, applying all the Ps knowledge I've retained over the years. I didn't even know what I wanted out of the image to be honest, I just kept adding here and there. The glow from the light was added as well as the lens flares on the train lights and the sky was a cheap stock image I purchased. I just kept tweaking it until I had something that I could show my friends, and still today I have a hundred different little things I pick out in it but it wasn't until I posted the image on various social media outlets and had overwhelming feedback that I realized that maybe I did in fact create a solid image. So here it is, my first composite image ever! Funny thing is, I haven't made one since.

The irony is, my father was a photographer who loved trains. And I was out shooting that day because it was the anniversary of his passing and I wanted to shoot trains because, well, "it just felt right". I find it hard to believe that it was a coincidence this ended up being the final product, which was edited the same day. He was there with me, telling me what he wanted me to create for him I guess.

I made the cut! Thank you Rebecca, this is awesome! This made my day.

I'm so good at this game

Thanks everyone! This image obviously means a lot to me personally and your positive feedback makes it even better!