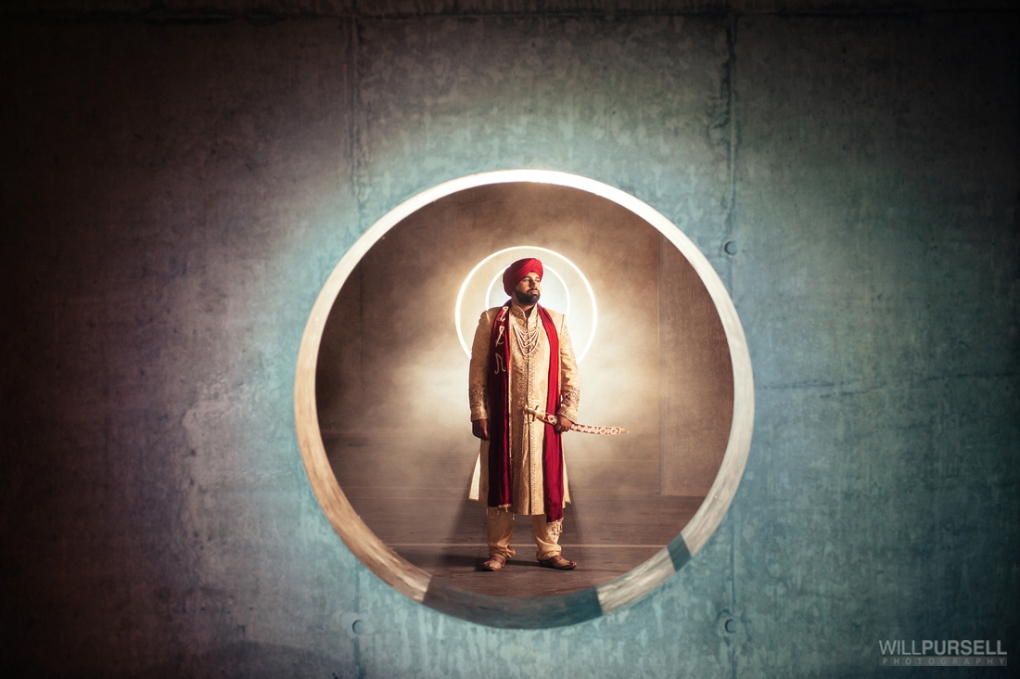 "This photo was taken during the Ceremony day during a multi day Sikh wedding. We had planned to go to a park called the Olympic Oval in Vancouver, British Columbia since it has cool architecture and nature combined. After I parked my car in the parkade, I noticed this spot.

While the bride was doing some touch-ups I managed to steal the groom for a few photos of just him. Indoors is great for a small smoke machine since the fog is easily controllable. I then put a strobe at the very end of the lot illuminating all the circles and had a large softbox to the right of the camera close to the subject. I then had a third flash with a gel highlighting the wall closest to the camera. His badass sword and sultan looking clothes really added to the feeling of the photo." -Will Pursell

Thats a cool shot, I was expecting it to be a composite. It being done in camera makes it even cooler.

such a great photo - I remembered it the moment i saw it here. it was great working with you on this wedding, will!

Thanks! great working with you too!