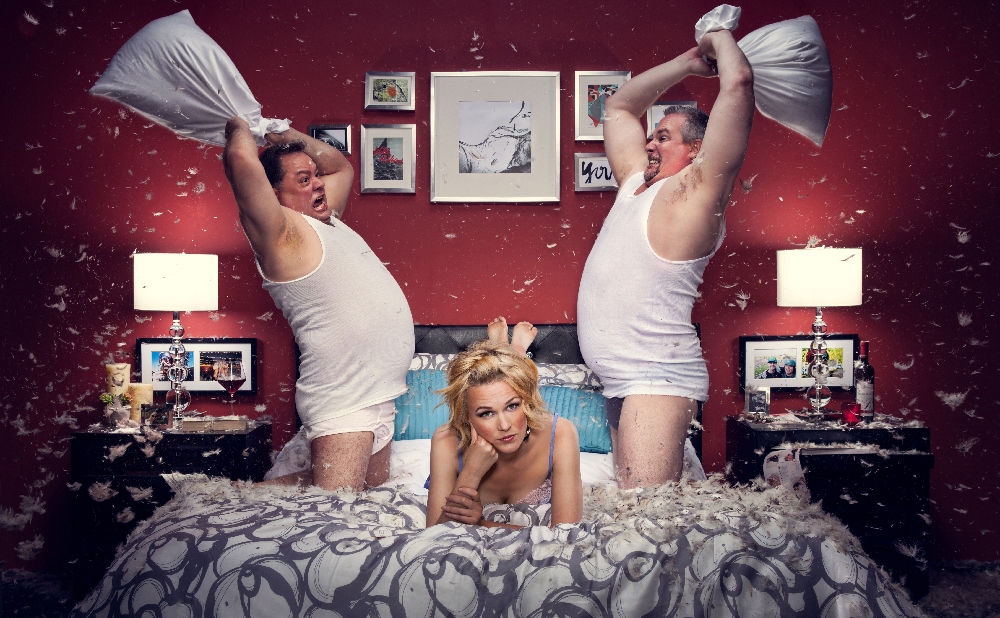 3
Home Community Photo of the Day

"As commercial advertising photographers, we’re constantly thinking about our portfolio. Our portfolio is our calling card, our resume, our balance sheet and our identity all rolled up into one. When art producers are searching for a photographer to shoot their next campaign, they’re looking for a specialist. It’s very difficult to find work as a generalist in todays market.

Last month we decided that our portfolio doesn’t have a consistent look, style or identifiable direction. Our business was suffering from it…and we weren’t happy with the images nor our bank accounts. After a couple weeks of arguing with each other and with ourselves, we decided to bring in help. We brought in a very talented design director named Aaron Rathbone to help us figure out who we are and what we want our portfolio to look like.

Aaron quickly developed word clusters and countless inspiration / mood boards based on conversations he forced us to have. He created a color scheme, design elements for marketing and a vibe that he believed fit us as photographers. When he tallied all of the information, he came to us and said "this is who you are, "this is what you should be shooting because it’s what you would do if business wasn’t part of the equation." You should produce images that are satirical, witty and humorous. You should poke fun at current events while remaining semi-objective. leave people with a smile on their faces and not sure why they are smiling. Use complex lighting diagrams and post production to create an illustrated portfolio full of portraits and tableau vivant that leaves a lasting impression on the viewer.

Arron was right, that’s who we are and what we want to do….We also believe there’s demand in the advertising world for this approach.
We set a strict schedule to shoot one portfolio image every two weeks. The process includes a concept meeting that leads to an “idea board" posted to Pinterest followed by dozens of e-mailst. We then have two days to decide on a concept. From this point, we storyboard and create a working bill of materials and call sheet . Once we know what, who and where, we start casting and location scouting. From there, it’s all about shopping trips, logistics and pre-lighting. Here’s a quick BTS from the first shoot;

We decided that we wanted control over the decor so we built the studio set instead of using a hotel. We built a 20’ wide by 12’ high wall out of 1”X4” studs and 1/8” luan. Constructed of 4' sections, we can unscrew them and use them over and over again. The female was cast from a small LA agency and the two men are from the neighborhood. We shot tethered to a 27” iMac using Lightroom….We will never use Lightroom again for feathering, it’s simply too slow. We’re switching to Capture One, it’s much much faster and gives us more control.
The feathers where thrown in by hand… two people throwing and one assistant on the leaf blower.

We had to stop twice; when the female lost control and couldn’t stop laughing and again when the big guy on the right started choking from the feathers lodged in his throat." -Neil Kremer

Lighting:
Key Light: One Einstein modified by a 6' Octabox directly over the bed on a boom. One AB800 modified with a 48" silver umbrella above camera to light the men (even.) One AB400 modified by an 11" reflector and a 15 degree grid just above the camera (+1,) pointed at the women's chest. One AB800 duct taped inside each of the lamps with power at the lowest power setting...