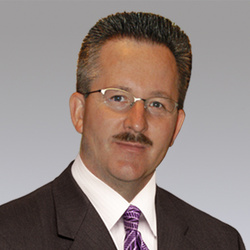 For over three decades Rick Fowler has continued to master the art of photography with a particular strength in photographing architectural & commercial products. Rick's photographs have been published around the world. These publications include exterior, interior, and product photography.
In recent years, Rick has expanded his talents to include the marketing and advertising fields and has worked for companies such as Louis Poulsen Denmark, Targetti Florence Italy, Unilight Montreal Quebec as well as many architects, designers, and major hotel resorts across the United States.
Rick's photography has been featured worldwide in large print, brochures, internet,
corporate annual reports, and many other formats.
As a well-respected photographer/artist, Rick has been hired by many well-known hotels and resorts both inside the United States and abroad. Rick’s work has caught the attention of many in his field. He is considered an extreme talent by some, a man on the cutting edge, whose passions are on the vanguard of his profession. His work has contributed to the success of those wise enough to hire him. His photography creates value that commands attention. When you work with Rick you can be assured he will enhance the value and success of your corporate marketing strategy.
We look forward to working with you and handling your needs with talent and professionalism you’d expect from the very best.