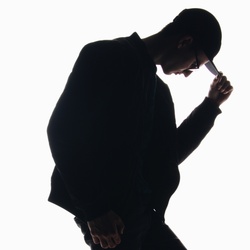 Julian Foglietti is a Commercial and Editorial Photographer based in Columbus Ohio. Since a young age, Julian had an obsession with cameras always running off with ones found around the house and documenting the world around him. It is this passion that has pushed him to pursue photography as a full-time career.

Julian's work leans on darker tones while maintaining simplicity in the overall composition. The tones in his images are often subdued, allowing the shadows and lighting to take front stage in each composition.