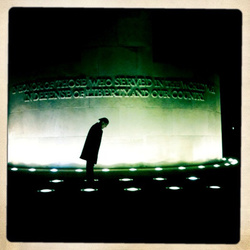 “I put four sides around an idea.”

It is a deceptively simple phrase to sum up three decades of international award-winning photography for a client list which includes Apple, McDonalds, Bayer, Capital One, Qualcomm, Coca-Cola, DuPont, IBM, Microsoft, Sony, Mastercard, and Sprint.

Nick announced to his parents he wanted to be a photographer at age 12 and at age 13 bought his first camera.

Nick graduated with a degree in Photojournalism from the University of Missouri in Columbia and found his true passion in the world of commercial & advertising photography.

Nick has a reputation for going the extra mile for his clients. He has been recognized twice as one of the Top 200 Advertising Photographers globally, and was one of the original members of the exclusive Canon Explorers of Light.

Nick also has a reputation for going the extra mile for his fellow photographers. He is the founding President of the Midwest chapter of ASMP, he was asked to join the Hasselblad University faculty, and was chosen by Eastman Kodak for a lecture tour including the United States, China, Korea, Malaysia, the Philippines, New Zealand, and Australia. Nick has lectured for Apple in 14 cities throughout America. Nick continues to lecture nationally.

Anyone can look through a viewfinder, but there’s nothing simple about Nick’s multi-disciplinary approach for bringing a concept to life. Nick works with his innovative production team he has assembl