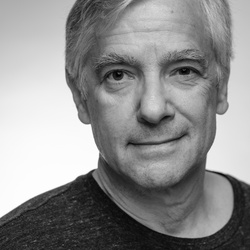 Paul Sokal began his photography life in 1964, with his first real camera, a Voigtlander rangefinder. He won his first prize in 1969, a whopping ten dollars in the Buffalo Evening News Amateur Snapshot Contest.

After a 25-year hiatus to pursue a medical career, he took up his camera again and hasn’t looked back. He started shooting weddings in 2004 and is a co-founder of, imaginography™. His wedding images earned him membership in the Wedding Photojournalist Association. Now focused on fine art photography, his images have been exhibited in galleries as well as private and corporate collections, and he has won numerous awards, including the Grand Prize in the inaugural Trinity River Photography Contest and two merit awards in the Black and White Magazine Individual Image Contest. His works are in the collections of the Grace Museum and The Sixth Floor Museum. One of his large Dallas, TX panoramas hangs is the office of the mayor of Dallas.

Paul is also a photography judge for the State Fair of Texas.