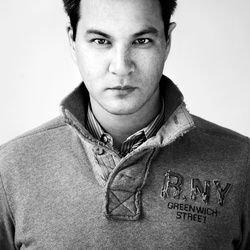 This author has not written any articles

Andy Barnham is a portrait and editorial photographer, based in London, UK.

Born in Hong Kong to a Chinese mum and British dad, he had an international upbringing, and started carrying a digital camera after he was commissioned as an Officer in the British Army.

Whilst on exercise such as the jungles of Belize and the plains of Kenya and also operational tours of Iraq, Cyprus and Afghanistan he developed a passion for photography and an eye for composition which he pursued after leaving the British Army.

As a former Artillery Officer it's only fitting Andy shoots with Canon. For a decade he has taken portraits of the best of British heritage, craft and bespoke alongside luxury editorial assignments.

Andy is also a keen advocate of, and Blogs regularly about, what he calls the 'Business of Photography' (experience, skills, copyright and usage) to help educate and inform clients and other (budding) photographers alike.