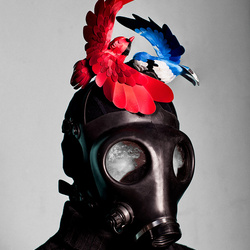 Luca Babini has lived and worked in New York as a photographer and a filmmaker for the past 25 years.
He has won numerous awards amongst which the Lucie International Fashion Awards for Beauty Photography.
He has been collaborating with UNICEF and other international NGOs for over ten years.
He is also an environmentalist. In 2010 was part of the crew of the Plastiki expedition which he also documented.
He is the founder and creative director of the Kodezero digital marketing agency.
Since April 2016 he has begun working as a street artist wheat pasting his environmentally themed art on the walls of different cities under the pseudonym Acool55.