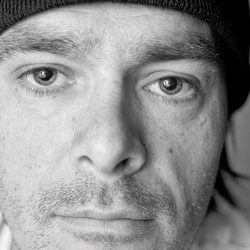 Mark Fox is a Photographer born and raised in Dunedin New Zealand, After taking his first photo at 5 (A self portrait in a mirror with His Dads camera) He had the bug and was always happy to be the one behind the camera at Family gatherings. His first attempt at studying photography and His appreciation for film was in his final year of high school however He never finished due to leaving school early to enter into a panel beating apprenticeship, After that and a few other unfulfilling jobs He returned to study and In 2008 completed a diploma in Digital Photography at Aoraki polytechnic. He also enjoys writing about Himself in the third person.