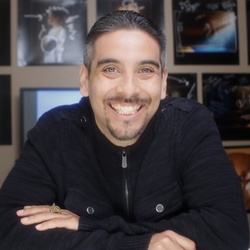 Alexis Cuarezma is a San Francisco-based photographer who specializes in both on-location and in-studio portraiture. A passion for bold visuals has colored his whole life, and his childhood interest was nurtured at CSUEB, where he studied art, graphic design and photography.

His cultural heritage has proven a prominent influence; as a volatile Nicaragua forced Alexis’ family to emigrate to the U.S. when he was six years old, his vision has been informed by themes of sacrifice—of life, love, and self for the greater good. Muses include French Neoclassical painter Jacques-Louis David and Nicaraguan poets Rigoberto Lopez-Perez and Ruben Dario, as well as his namesake, Alexis Arguello, a professional boxer, three-time world champion, politician— and source of inspiration for Alexis’ involvement in boxing photography.

Alexis, an Alumnus of the prestigious Eddie Adams Workshop (Barnstorm XXIV), has done assignments for the LA Times, the New York Times, HBO and a number of international publications. His touch has graced the cover of boxing’s “Bible,” the esteemed Ring Magazine, and that of Undisputed Fight Magazine; covers of UK boxing mags SEEN, Fighting Fit, and Boxing News round out Alexis’ fight resume. His vibrant aesthetic is often sought out for editorial, commercial, and private commissions.