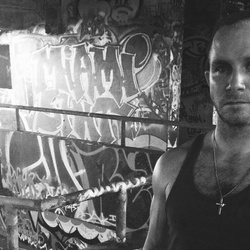 This member has no rating 0
Ben Jacks
Brooklyn, NY
Menu

BEN JACKS is a Brooklyn based Director, Cinematographer, and Photographer.

He started shooting 35mm at a young age and hasn’t stopped.

Be it shooting for NIKE, or branded films for Rogue menswear, Ben brings a cinematic energy and elegance to his work. As a Director/Cinematographer his creative approach is clear and distinct. His work encompasses lifestyle, branded documentary, and fashion. It often highlights dark and hopeful elements, while celebrating the human condition.

Some of his other clients include: American Apparel, TRESemme, Burger King, Jergens, Martha Stewart, and John Varvatos. His short ‘The Road of Life’ was a top finalist in the Shot On Red Film Festival, and his cinematography work has won multiple accolades around the world. Ben strives to push boundaries, shoot globally, and create exceptional work.

He notes a deep respect for those who inspired him to shoot – Bruno Aveillan, Tony Scott, and Paul Greengrass.