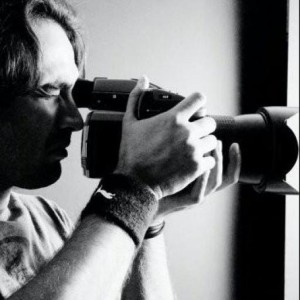 Andrés is a New York City based photographer and filmmaker with over 15 years experience specializing in fashion, beauty and lifestyle. His work is defined by his unique cinematic style and use of light in his images.

From a young age Andrés had an affinity for the arts, taking classes in painting, sculpture and music beginning at the age of six to motion graphics and 3D animation as a teenager. In 1999, he graduated top of his class from the Art Institute of Medellin with a B.A. in Advertising and decided to move to the U.S. Miami, his home for 17 years, was the place where he embarked on his photography career after working for a multi-media company. In 2006, he launched Andrés Hernández Studio, Inc. Since then, Andrés has worked with world renowned celebrities such as Iris Apfel, Sarah Ferguson, Barbara Baker, Juanes and David Guetta, to name a few., Andrés’ diverse client base includes the likes of Mazda, Universal Music, Gibson USA, American Express, Norwegian Cruise Line, Men’s Health, Vogue Mexico and Glamour. He has also worked alongside reputable advertising agencies such as Y & R Spain, JWT, M & C Saatchi Berlin, República, Ogilvy & Mather, Marc USA and BBDO Asia. His work has been featured in art exhibitions and magazines across the U.S., Europe, Asia and Latin America.
​