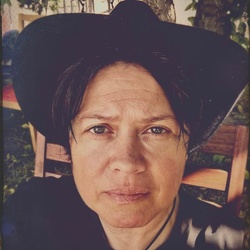 Cornelia “Connie” Kurtew is a visionary artist hailing from seemingly stark and barren ground left behind the wall a generation after the war in East Germany. She is a consummate artist who has been creating visual and written art since she was a child.

Her unique childhood, rebel spirit, and astute awareness were a fertile foundation for her transformative prism. Her mother, an engineer displaced from East Prussia as a young girl gave Connie structure and a keen eye. Connie’s father, a Bulgarian contractor gave her a free spirit, never-ending passion, and the practical nuts and bolts of repairing her own camera.

She was called to California to follow her dreams by her upbringing, and the melodic gravel of Bob Dylan’s Like a Rolling Stone. At the tender age of 10 it gave her chills, and brought her to tears before she understood a single word he uttered.

Cornelia sees beauty in everything. Her camera finds the nuances of every nook and cranny whether it be the graffiti of the city, the sharp powerful glint in the architecture, or the light of a soul captured in portraiture. Every photograph she takes carries you into another world, or reawakens a world you have already seen, but in way you couldn’t imagine until her lens gave you passage.