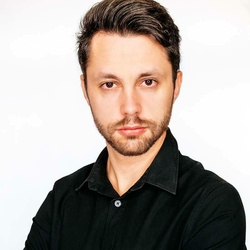 I was born in 1988 in Brianza, where I grew up and where I’m currently trying to pursue the dream of living with photography. In 2011 I had first collaboration with the Teatro delle Moire and Fotoup, starting with the “Fuori GP” of monza, up to now, with a dozen review articles and presentations published in the webzine and some galleries in the same photojournalism site. I have participated as accredited photographer for “Corriere della Sera” for two book presentations and for the event organized for the launch of the app for iPad at the Milan headquarters of the newspaper, I also have participated as official photographer in some Nespresso’s company parties, attended at the “Salone del Mobile” as photographer for Sodastream and in 2014 for Domus, as official photographer in the Azimut’s annual conference and I have participated to “Young Creative Contest 2013,” sponsored by Chevrolet as official photographer. Still in 2013 I became the main photographer of the concert tour Lollipop 50’s party and the Danae Festival, one of the most important events of contemporary and research theater. In 2015 I started working with companies such as Canon Italia, AUDI, Campari and MAXI SPORT, I also collaborated with Oakley during the "12h Monza Cycling Marathon".