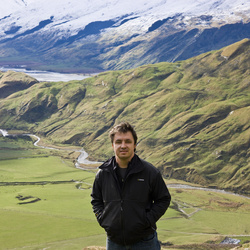 I've worked as a journalist and photographer for over 15 years, covering all manner of assignments from sports events to documentary photo essays. I'm based in New Zealand but I've also traveled extensively to other parts of the world including Cuba, Vietnam, Thailand, Hong Kong, Vanuatu and South Africa.

I've worked for newspapers and photographic agencies but most of my current work is for magazines. I've won a number of awards for both my writing and photography including the Cathay Pacific Travel Photographer of the Year in 2010 for a series of images taken in Cuba and won and been shortlisted in New Zealand's national media awards, the Canon Media Awards, for magazine feature writing. I'm of mixed European/New Zealand Maori ancestry and have a particular interest in covering indigenous issues.

I have an MA in Creative Writing from Victoria University and a Diploma in Journalism from Massey University.