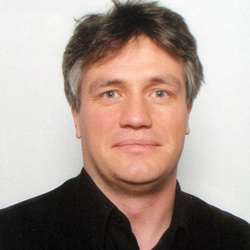 I started to take pictures when I was 5 years old, using my sister's camera. Quickly photography became a passion. When I was in high school, I became the 'official' photographer of our school trips. High level athlete in judo for seven years, I financed trips to Japan by selling photo exhibitions. This allowed me to become a professional photographer, despite being an engineer in physics and technology. In 2000, I started to work with the ClubMed, taking pictures to realize virtual visits (360°). I then became the official photographer of the International University Sports Federation (2001 to 2009). In 2004, I decided to be an independent photographer. I worked for the Paris Airport, touristic guides, covered the NATO summit... I am involved in many development projects with the International Judo Federation. Traveling almost non-stop, I continue to capture the beauty of the world.