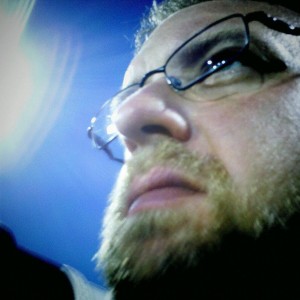 AJ Mast has been taking pictures for a long time, over 30 years. At age 9, he used a vintage 1959 Petri rangefinder and the exposure information inside a Tri-X film carton to complete an advanced art class project (and has the prints to prove it). By age 13 he had his first darkroom setup, much to the detriment of the top of his mother's washing machine. He got his first paying photo job at 15, and at 17 did a yearlong photojournalism mentorship with his home town paper in Vincennes, Ind..

After going to school at the Southeast Center for Photo/graphic Studies he got a job as a newspaper photographer. Through a series of bizarre confluences he eventually found himself in an office as a Vice President of Corporate Development & Technology with a news organization, updating spreadsheets and looking for synergies.

In 2001 he left the steady paycheck world, and has been an Independent Photojournalist specializing in sports, news and portraits in the Indianapolis area since.