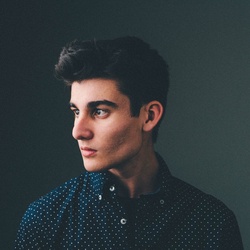 Hey! I'm a college student based in Washington, D.C., attending my second year at American University. Previously, I was a photographer for the Charleston Gazette-Mail FlipSide. I've been shooting since 2011 when I joined a TV production class as a freshman to shoot Friday night football games. Since then, I've moved on to shooting everything from seniors to magazine covers. My work has been featured on the cover of Spotlight West Virginia Magazine, West Virginia Lawyer, an advertising campaign for Boone County Technical Center, an interview for Nyota Magazine, and I've worked with companies such as Vanbridge LLC, Zambelli Fireworks, Bio Vita and KDS Recording Studios.

If I'm not outside taking shots, I'm probably on Instagram or at a coffee shop somewhere. I'm addicted to Game of Thrones, food, and I add way too many hashtags to my Instagram posts. Foggy mornings, Europe, and minimalism attract me. After college, I plan on pursuing a career in the federal government. I'm based in Washington, but I'm always looking for an excuse to travel!