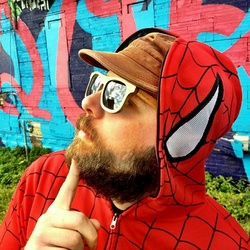 Tony is a born and raised Detroit native and local-area grass roots photo journalist not to mention a real character. Since childhood, like most of us, he has always had some sort of camera around his neck. His passion for history and architecture has led him to be some what of an authority on his home town not to mention the abandoned buildings.
His work has led him to such organizations as T-Plex, Ford Motor Company’s first plant, Preservation Detroit, Belle Isle Aquarium this is currently undergoing a large scale fundraising effort, amd Detroit Dog Park. Also rounding out his photo journalism have been many works for the Huffington Post Detroit, Hour Magazine and Crain’s Detroit.