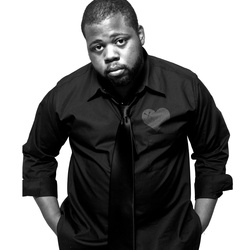 Darron Whitsett is a 27 year old artist from buffalo N.Y. He works primarily as a photographer
and designer; consulting and assisting businesses develop the Essential visuals for their marketing
campaigns. Darron has been recognized as one of the Top 30 under 30 Game Changers in Western
New York for 2015.
Mainly self educated, Darron has spent over 10 years cultivating his talents in the advertising arts starting
with the vocational training from has high school. Shortly after Graduating from Mckinley high school and
spending a semester in college; Darron went on to start his 1st business at 19. Working as a freelance
designer under the name gorillas ink; he learned the in's and out's of his industry taking on a multitude of
print and web based projects. Later lending his talents to help found and produce an independently owned
and distributed magazine. It was during his run with the magazine that his passion for photography began to
reignite. As fate would have it, he Was introduced to the owner of a model management agency and
soon began test shooting with them. It was here he discovered his knack for photography. over the
course of the next few years, combining his photographic adeptness with his history as a graphic artist he
started The aptly named studio 46 from his home. Darron later with the help of a friend, co-founded irockiparty.com one of the most widely recognized nitelife photography brands in WNY.