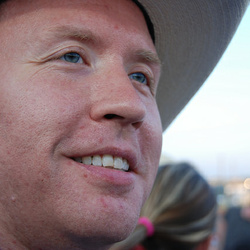 Been an amateur SLR photographer since 1990, starting with film and moving to digital in about 2002. I was born in Boise, Idaho, grew up in and around Portland, Oregon, went to university in a small college in Indiana, and as an adult have settled in beautiful Chicago.

Currently work as a software engineer, but love photography and have sold a few images from sports to travel to architecture over the years. Have always stuck with Nikon, starting with an N4004s that I took to Russia with me during a high school trip, with my first digital SLR being a D70s, then a D80, and now a D750. I've started a small collection of various cameras that are either significant to photography or significant to me or both. So far it just includes an old Nikon N4004s like my first SLR except unworking, a functional Nikon F4s which I use for occasional film projects, and a working Nikon D1 that I keep just as a collectible or if I ever need a low-resolution image shot at 1/16,000th (it's top shutter speed!).

l also enjoy traveling, and have been to over half the US states and have traveled internationally to Canada, Mexico, Puerto Rico, Panama, the Netherlands, France, Austria, Norway, Sweden, Spain, Switzerland, England, Turkey, Finland, Russia, and China.