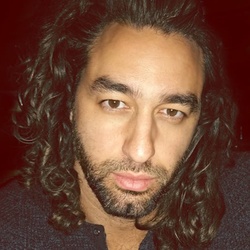 Aaron Fairooz began his production career as a commercial photographer in 2009. After 8 years of mastering lighting techniques and business practices, he has found his way back to his original passion of shooting video. He now owns and operates Fairooz Imaging, LLC. a successful production company specializing in advertising photography and video. With a clientele base mainly out of Dallas, Aaron Fairooz has begun to expand his business and image into multiple states. With 5 years of professional experience in photo and video production, Aaron Fairooz has recently been recruited into the film industry as a Director of Photography. Now working with multiple production companies, Aaron Fairooz is working on multiple film projects, traveling across the U.S. in search for the “perfect shot.” From start to finish Aaron Fairooz is a jack of all trades. He has been known to take a project at it’s earliest conception, and grow it to a full blown production, develop shot lists, casts, execute the actually shots and finish out all of the post production himself. Aaron Fairooz is a key player in the Dallas photography and video industry.