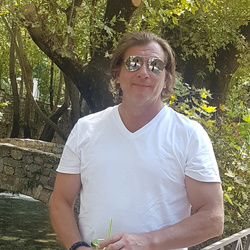 In a 're-learning' mode after many years of being away from photography. I used to enjoy taking out my Pentax Spotmatic and after some shots, taking the film into the darkroom to develop. Later, the darkroom became unavailable but I continued shooting with 35 mm including Pentax and Yashica.

As the digital age began, I found that DSLR had too much of a learning curve for me especially as there was other technologies I had to learn and so I stopped most of my photography hobby except with a simple point and shoot digital for a few travel and family shots.

Last year, I was gifted with a Nikon D7000, and am relearning while getting a better understanding of what's available to me with DSLR.