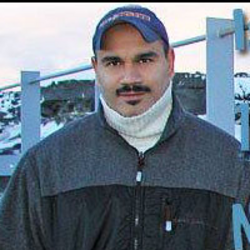 Born to Puerto Rican parents in New York and raised in the heart of the city, Manhattan, Israel Colon has been exposed to a multitude of cultures since his earliest days.

His interest in photography appeared in his teenage years, while growing up in New York. He first picked up a camera to record the environment he saw while growing up on the streets, and soon after became interested in photojournalistic images. While living in Seattle, Washington for a few years. Israel's interest in fashion was born and cultivated. He soon moved back to NYC, to pursue a career in fashion. Israel quickly became one of the best young respected photographers on the New York scene.

Israel excels in projects that take him away from the studio. His ability to relate to a wide range of cultures and people allows him to immerse himself in the subjects he photographs, resulting in images of immediate intimacy and surprising familiarity. He has covered assignments ranging from models in Iceland to editorials in New York. His love of meeting people and seeing new places, makes him a natural to shoot fashion.