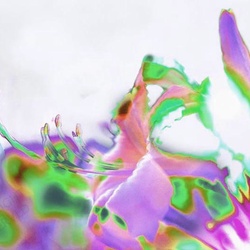 The London Salon Trophy - The first time this much coveted International Trophy had ever been awarded for a colour photograph was in 1967. Presented to John Neville Cohen for his creation 'Spirit of Spring' he was also the youngest member ever to have received it.

Reviews & Exhibitions - A small selection, from many reviews and letters received, after over a dozen major one-man exhibitions held in Europe and America.

"regarded as one of Britain's most original photographers." The Times.

"A woman's face was exquisitely metamorphosed with the cup of a yellow tulip - a Femme - Fleur Picasso might have perpetrated had he taken to photography." Arts Revue.

"Congratulations on the Exhibition at the Kodak Centre in New York - I know the site and it is certainly one of the busiest points in the world." Geoffrey Crawley Editor The British Journal of Photography.

"Re: Photo Expo at the Coliseum New York. The entire Exposition was a tremendous success and I want to thank you once again for making your print set available. Your photographic work is outstanding." Frank Pallo Co-Ordinator Photo Expo.