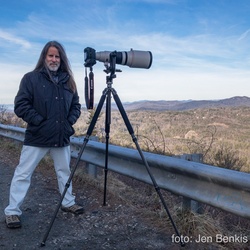 John MacLean grew up in New Jersey. At the age of 9, John started shooting and processing black & white images with his father. He moved to Redondo Beach, CA in 1982, two years after graduating high school. During the late 80s and early 90s in Los Angeles, he assisted several internationally known commercial photographers including Eric Meola, Bo Hylén, Al Satterwhite, and Boulevard Photographic, and many not so well known! He also worked as a photographer and assistant at Mattel Toys for 4 years.

John has been a commercial and fine art photographer for all of his adult life. He also provides digital capture, imaging and consultation services for businesses and photographers, both amateur and professional.

His images have been featured in domestic and international books and magazines. Favorite subjects include architecture, landscapes, and portraits.