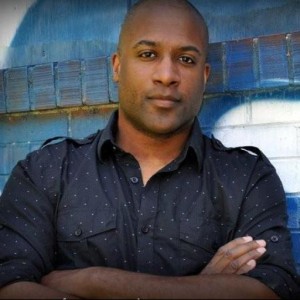 My love for photography initially started as a hobby back in the days of having to get rolls of film developed at the local drug store. As a performer, I was often frustated that I didn't have a way to document all of the fantastic things I encountered in my travels and stage career due to bulky cameras, rising film costs, and a slowly dying media. Fast forward to the invention of the iPhone, I had a camera in my pocket all all times!

I recall the moment I went from taking "just a picture" to shooting a portrait. It was exciting for me creatively, but even more enjoyable to see the reaction on my subjects face when she saw her photo. I embarked on an iPhone only portrait challenge. I realized I was on to something when professional photographers started to follow me on Instagram and comment on my photos.

I followed actors, singers, and too many Facebook friends with a camera phone in hand. I quickly realized that I love to shoot people, especially people. 3,000 portraits later I finally picked up a DSLR and have been off and running!

Photography has a way of connecting people, as well as telling their story. So now the question remains, what story do you want to tell?

In addition to photography, I'm an actor and singer. I was fortunate enough to be nominated for Suzi Bass and Atlanta Theatre awards, one for Ragtime and one for Les Miserables. I was also named Creative Loafing's Best Actor in 2015.