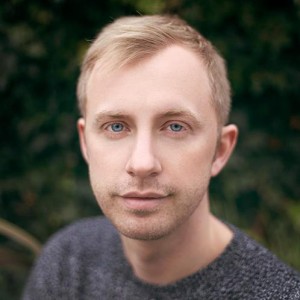 Hi there, I’m Logan Fox, a British fine art photographer living in Essex in the UK. I’ve been involved with photography since about 2000, and in 2010 I really started to get in to fine art. It wasn’t something I consciously set out to do but found I naturally gravitated towards the subject. My style at the moment is a nostalgic if not sometimes dark thread that runs through my imagery.

As a photographer I’m not just in to digital but also old school 35mm and medium format film. I have a number of old cameras such as a Rolliecord and Canon QL 17. I develop my own black and white film which is incredibly rewarding to create an image from start to finish in this fashion. Some people can’t quite understand why I like taking photos with film. All I can say is that it makes you think more about your composition before you push the trigger! I also have a slight fear with digital in the sense that it’s so easy to loose an image over time. Thats the great thing with film, it will sit in a draw somewhere or fall down a crack between the floor boards only to be found decades later. And it’s that longevity of film that I admire.

Towards the end of 2014 I felt very strongly about developing myself not only as a photographer, but as a fine art photographer. Where possible I try to be active in the creative community, mainly through this new blog I’ve created as well as on Facebook groups and Twitter.