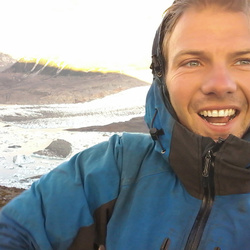 An adventurer from Europe with a camera. Born and raised in the flat country of the Netherlands, Max Rive visited the high mountains of Switzerland for the first time at the age of five. Max started taking photos in 2008 just to document a mountain trip he took between studies. He took photos to remember the trip, to show others how cool the trip was, and to have something more to do than just hike. As a landscape photographer, Max gradually became more serious as he started sharing photos on the internet and became inspired by the work of others. After almost losing his life in an airplane accident, and witnessing the major earthquake in April 2015, he continued traveling around the world to Chile, Argentina, Greenland, Sweden, Scotland, Norway and New Zealand. Max Rive is the International Landscape Photographer of the Year 2017.