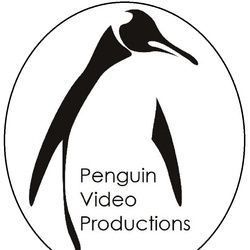 Born and raised on the Monterey Peninsula in California, Michael Austin has had a rich and varied career. Working as a professional race car driver, business owner, engineer, and most recently as a healthcare administrator. Film making has always been a passion, but one that wasn’t pursued until 2013 when “Penguin Video Productions” was started by him. Video creations include the award winning “Allegories in the Garage” series; music videos for the internationally famous New Zealand acoustic musician Oliver Jay Heperi; and unique travel inspired short films and documentaries. All of these works to date are not commissioned; rather, they are works “from the heart” depicting subjects that perhaps would never have their stories told on film. Michael Austin currently resides in Odessa, TX and is working towards making Penguin Video Productions known for artistic quality and unique subject matter. The caption on my business card sums it all up rather nicely: " Going broke making award winning independent films that no one watches..."