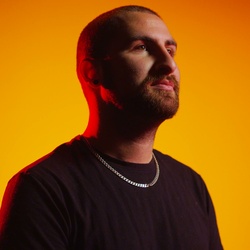 Nick Mahar is a San Francisco and Los Angeles based Cinematographer and Photographer, who has shot films, music videos, commercials, and corporate videos for dozens of companies and musicians. His client list includes Macklemore & Ryan Lewis, Def Jam Records, World Star Hiphop, Columbia Records, Sony Records, Monster Energy, Ziggy Marley, Juicy J., Chevron, The City of San Francisco, Estee Lauder, and many more. Nick attended the Academy of Art University for Cinematography while he continuously worked for production companies across the country. In 2012 he shot his first feature length film as Director of Photography as well as a second feature as Second Unit DOP.

In 2012 Nick started to become more interested in Photography as an outlet to film work. Instead of focusing on 24 frames per second he was able to focus on the one shot. Since then his work has grown exponentially and has been seen all over the world. His photos have reached the popular page on websites like Instagram and 500PX. His clients include Macklemore & Ryan Lewis, Logic, LRG Clothing, Ashley Vee, Sage the Gemini, Erk Tha Jerk, and more. His focus on his craft is like no other and it hasn't wavered since he started. He surely is one Cinematographer and Photographer to keep your eye on.

He is currently touring the world with Macklemore & Ryan Lewis.