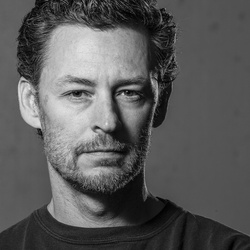  In the mid-90’s, I headed to California to break into the computer graphics and entertainment industries. While obtaining my MFA in Visual Effects and Computer Animation, I was awarded the most prestigious internship in the industry at Industrial Light and Magic. While at ILM I started my feature film Career by working on the prequel to the films that defined the special effects industry, Star Wars Episode 1: The Phantom Menace.
Next I went on board as an effects artist on the Matrix sequals. Upon The Matrix sequels completion I went on to work developing stunning effects for the film Hellboy. Sony Pictures then recruited me to work on The Polar Express. While in LA I also worked on Joss Whedon’s directorial film debut Serenity.
During my adventures in Hollywood, my love for still photography had never faded and when not working on feature films I would spend my time translating my cinematic style into still photography.
Finally I headed to DreamWorks Animation. This is where I brought to life the lovable characters from such films as Kung Fu Panda, Shrek goes Forth, Kung Fu Panda 2 and Puss In Boots. While at DreamWorks, I was given the honor of having a solo photography show in the studio’s on campus Gallery. My show consisted of land and sea scapes I had captured right here on Cape Cod aptly titled; Cape Scapes. I have now relocated to Cape Cod and feel I am back to my roots as a still photographer and original inspiration; New England.