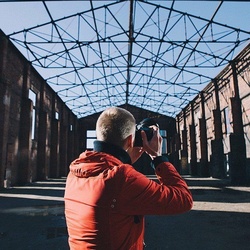 I was born in Tallinn, Estonia in 1986. I have been taking photos since age 14 using an old 35mm film camera. 8 years later I turned professional. Now i am fully immersed in the fascinating world of fashion photography.

Oliver Moosus is one of the most dedicated and interesting new generation photographers in Estonia. In the center of his work is the human form, most of the time heavily stylized - nevertheless containing some kind of vulnerability and spontaneity of the moment captured. Due to this his photos are not from a sterile and boring cliché world, but instead a creation with it’s own life. Yearning toward classical beauty canons is only the topmost layer, visible to casual onlookers - hidden beneath this layer is actually hidden a much more interesting and multilayered world.
by Tanel Veenre - http://www.tanelveenre.com