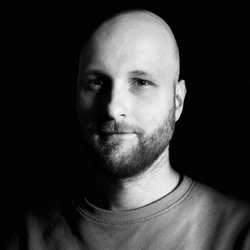 Imagery took a different turn for me. It began a year after graduating from a film production school in 2011. Back then I was very passionate about films, which I still am, but I always thought that moving image had more story-telling to offer than a photograph. So back then I didn't bother to much about photography, which I should have, because it all begins there.

Through my study at the Fine Arts of Photography school, which I graduated in 2015, I learned a lot about light and composition. It was also a time where I started to experiment with the ways Photoshop could be used. It gave me a new perspective and broke my own borders of creativity.

For me Photoshop isn't just a tool for manipulation, but means to visualize our imagination; to create things or situations that couldn't have been done. Photoshop isn't magic, so it's very important to study the light and perspective angles in the scene and to capture the right materials for the composition.