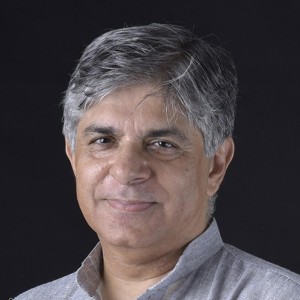 Most of my work since I started doing photography, has been in landscape and street photography. Travel as well. I started shooting black and white film and added digital much later in life.

Over the last few years, since I left my corporate career, I have focussed more and more on photography, even though I believe that I should focus a lot on consulting as well!

I strayed into portrait work, as an offshoot from my work on the street. My approach there is, to quote Chris Orwig, to shoot 'authentic portraits'. This essentially means that I focus on emotion, rather than shooting highly stylized stuff. My interest is also into portrait projects.

Having said all this, I have also decided to go back to processing my images largely in black & white. You can say that my soul is black.

I will be doing pinhole work. As of now, I do this by placing a pinhole cap on my Nikon D200. However, I do have two film pinhole cameras that I will use.

Additionally, I have three vintage 120 mm film cameras, and two 35 mm film cameras. This year, this will be something that I will shoot on the street. Shooting film requires a discipline all of its own.

So: landscapes, street, travel largely in black & white. 75% black & white, and 25% colour. That will be the approximate mix.

Apart from this, I will focus on publishing (self) a few books and magazines. Will this be the kind of tutorial that I will start to develop?

Let's see where the future takes me in photography.