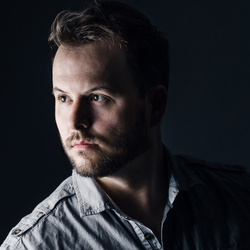 My name is Lance Montgomery, and I'm a photographer (now). I've been playing with cameras for two years, taking pictures of my family and friends, and I've really liked doing it! My "real" job, however, is composing music for film and video games. I've received "Student Emmy" awards for my orchestral scores, and performed national-prize-winning, peer-reviewed music I wrote for university professors from across the US. So... music is my main thing, but I am passionate about my hobby too: taking beautiful photos!

I began in 2013 when I got my first DSLR for fun. Everything changed when our first child arrived in early 2015, and my lens became fixed on my new little muse. I can't stop snapping photos of her! We practice in every season and in all kinds of light. Over the year, I developed a love for a studio photography setting — I never go anywhere without my flashes. They hone and define my style.

At a young age, I began dabbling in digital art with Photoshop. I've now been using it for 22 years, ever since Adobe introduced "Layers" in 1994. There's not much I can't do with it. My friends know this well, as I have impishly used it to put their heads on other people's bodies, and so forth. But I am now reserving those skills for a higher purpose than what I have heretofore managed, by making photos look great!

I live with my wife and daughter in Utah, and shoot photos wherever I am wanted.