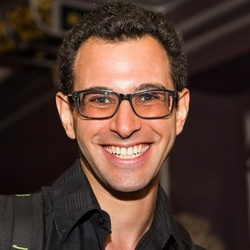 Adam Smith is an internationally published boudoir photographer based in New York City. Among his peers, Adam has forged a reputation for professionalism and dedication to his craft. His creative range is showcased with his ability to capture the allure in everything from portraits to cityscapes. Adam currently specializes in low-light portraiture with a mix of city architecture and light, but also prides himself on challenging his current abilities and rising to the occasion.
Originally from Staten Island, Adam received his formal training from Mercy College. There he graduated with a Bachelors of the Arts in Media Studies, with a concentration in Television and Radio. While at Mercy, Adam’s work was published in The Impact, Mercy College’s school newspaper.
Adam was first exposed to photography while away at summer camp at the age of 12, where he explored working with disposable and film cameras. Adam delved further into his art with his passion for motor vehicle photography before expanding to documenting and working with local artists, actors, actresses, and musicians. Adam has worked with Stereotype, Juanialys, Mack Kuhr, Caila Quinn, Audra Van Hees, and William “Starda” Perry. On his commute to Manhattan, Adam captures the moments that are often overlooked in our day-to-day life, and presents them in art form. The serendipitous nature of the city gives Adam endless opportunities to capture reactions, those moments in-between, and New