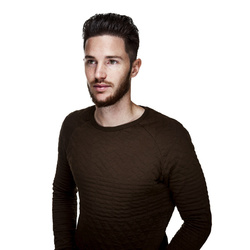 Sjors Massar is a photographer and director born and raised in Delft, the Netherlands. He has finished eight years of studies in Rotterdam and photography has been a main focus for him since the day he started.

He has started his study at the Grafisch Lyceum Rotterdam, majoring in Graphic Designs. After four years he finished the study and started working as a graphic designer. After a year of hard working he learned about himself that he preferred to be working on project in different locations and the most important thing; with his camera. So he decided to go and pursue a study on Photography at the Academy of Art, “Willem de Kooning Academy”. After four busy years at the Academy and his own assignments, he successfully completed the study Photography. Sjors is well on his way on being one of the more known names in photography.

Sjors has his own view on the world and wants to get the best out of each and every photo that he makes. This doesn’t necessarily mean it has to be the reality, just as long as it fits in the frame his and/or the clients desires. His personal interests are sports and music, he also tries to reflect this back in his work. For example in his project for Chill On Jumpsuits, this shoot was inspired by the sports where he’s interested in.