CineStill film is hyped to the absolute max, and whether you love it or hate it, they have built a pretty impressive company and injected new life into the film community. Thanks to them, we now have packaged motion picture stocks, ready to shoot in film cameras and be developed in C-41 chemicals.

The new kid on the block is a 400 speed dynamic film widely assumed to be Kodak Vision3 250D; however, CineStill claims otherwise. So, let’s take a look at my results and review this film stock in more detail.

Released for preorder on the same day Kodak announced its return of Gold in 120, CineStill 400D quickly reached its required orders in 35mm, 120 and, impressively, 4x5 format as well. Film shooters went from sobbing sadly into their soy lattes, as Matt Murray would say, to rejoicing on social media and draining their bank accounts to get a roll or ten of this new 400 speed film.

My supply arrived a few days before I had planned to photograph a vintage car festival, so I popped it in my Olympus OM10 with its underrated Zuiko 50mm and rated it at box speed. 400D can easily be pushed several stops, but I wanted my first roll to be a baseline to compare to future rolls, which I may try rating at higher speeds.

I must say, I am impressed with how this film performed, and the results have made me excited to add more of this stock to my film fridge collection. Like everything in life, there are pros and cons, and as expected, a price to pay for quality. Is that quality worth it for you film shooters?

D Is for Dynamic

The D in CineStill's ISO 50 film stands for daylight, but in this newcomer, the D stands for dynamic. So what does that mean? CineStill states the base sensitivity of 400D is unsurprisingly ISO 400. What’s truly impressive is their claim that it can be rated from ISO 200 to 800. Amazingly, they also say you can push it all the way up to ISO 3200!

I shot in a very dynamic setting of direct, Australian Winter sun and pronounced shadows, often capturing both in the same frame to really test this film's ability to expose for both lighting conditions. As you can see in my results here, this film is most certainly living up to its name. The shadow areas have maintained plenty of detail and a pleasing, almost imperceptible fine grain structure, while the highlights have rendered beautifully without blowing out.

A few of these shots appear a little underexposed, which could be down to the fact I was shooting on aperture priority at about f/8 or f/11 to get as much depth as the light would allow. As a lot of us know and have heard endlessly that you are often better off overexposing film to retain shadow detail, but despite that rule of thumb, underexposing has produced what I consider very pleasing exposures.

It’s all looking pretty bronzed and beautiful here. A warmth reminiscent of Kodak Gold but not as golden and yellow, more brown and copper. The reds have rendered gorgeously. When are they not when using film, though right? Not quite as saturated and bold as Kodak Ektar, but a more deep and distinguished feeling. The hues of the cars are working so well with this film, and the subject is really lending itself to the nostalgic vibe of film photography.

I asked my partner to take a couple of portraits of me at the end of my roll to check how this film renders skin tones. To me, they are pleasing, but maybe in these samples, a little washed out. Matt Murray shot some images of his family in more direct light, which seems to have produced a warmer tone.

Put simply and as explained by CineStill on their website: “Halation is the reflection of bright points of light off of the film base and pressure plate, causing a 'glow' in the strong highlights on some images.” You will notice this halation effect is rather prominent in my images, notably on any highly reflective surface such as the metal fenders of the classic cars and more interestingly, in the portraits taken by my partner. That warm glow radiating from my apricot-colored sunglasses, almost like a halo, is a pretty interesting and impressive feature of this 400D film.

While all the CineStill stocks feature halation, I would say this newcomer is the most halation-ey of all! The film community is quite divided in their opinion on this red “glow,” and some believe it is tacky, distracting, or overused. Conversely, other film enthusiasts are avid shooters of this stock just for that very look. 800T has built its online reputation around shots of gas stations, neon lights, and rainy scenes reminiscent of cult movies like Blade Runner. Classic cars shot on film is another huge trope in the analog photography scene, often made fun of by memes, so I thought I would pair it with CineStill 400D to try to kick off a new trending combo turned cliché?

So, will 400D be a new go to for film shooters? Its pros are overwhelmingly good, the flexibility of ISO 400, dynamic range to die for, a color palette that’s pleasing and just enough to stand out, not to mention flattering skin tones making it a good portrait film as well!

The cons, however, do come into play here and bring this film down a notch in its shootability. The price point is less than attractive, coming in at a whopping $29.90 AU dollars per roll, makes this film not so appealing to become a favorite anytime soon. In the USA, you can grab a roll for $14.99, if you can find it available, that is. Even once budget-oriented stocks are rising rapidly in price and becoming harder to source, so unfortunately, paying a premium for film is a reality we will all have to adjust to.

The other dealbreaker for many will be the love it or hate it halation effect. Some purists or professionals will balk at the idea of an unnatural or distracting red highlight in an image and would rather use an option with more predictable and neutral results.

I can see creative and experimental photographers enjoying this film as a point of difference to see how they can make use of the unique rendering characteristics and exploit the exposure options. Whatever you think of this film’s look, I’m thankful to companies like CineStill that are finding exciting ways to make high-quality film stocks accessible to more people, and that can only be a good thing.

All images developed and scanned by Ikigai Film Lab with a Fuji Frontier. 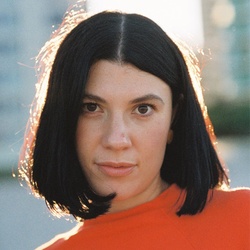 Lucy Lumen is an avid analog shooter and content creator on the sunny Gold Coast of Australia. Lucy spends most of her time sharing her adventures in film photography on her YouTube channel and has now ventured into the world of podcasting, where she interviews fellow photographers about their creative process and inspiration. 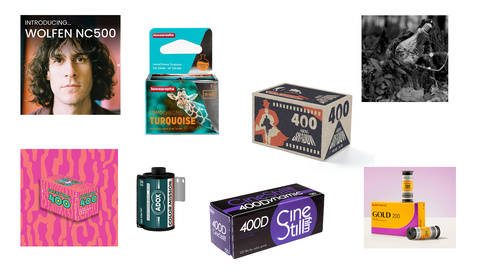 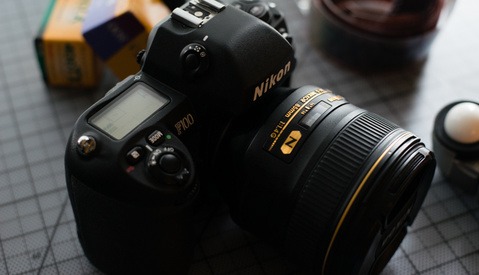 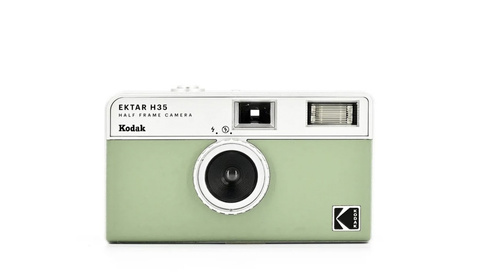 I absolutely love those glowing glasses. I can see why people would buy this film just for that effect

Hello thank you for reading my review of this film stock! I know right it's such a cool effect I hope you get to try some one day :)