Is This Lens a Game-Changer for Sony APS-C Cameras?

With the arrival of the Sony a7C, some wondered whether Sony might be pondering bringing its APS-C line of cameras to an end. However, the new 18-50mm f/2.8 lens from Sigma suggests that the weight and price advantages offered by the smaller format have just breathed fresh life into Sony's crop-sensor cameras.

The Sony a7C is a full frame camera that’s so compact that with the cost of sensors dropping, you’d understand if Sony ditched their line of a6x00 cameras completely. Lenses for full frame cameras are also getting smaller and the weight and size savings of APS-C no longer make as much sense.

However, Arthur R’s review of the new Sigma 18-50mm f/2.8 DC DN Contemporary suggests that APS-C still offers greater convenience while also going easier on your bank account. At just $549 and weighing a mere 10.2 oz (290 g), the advantages over its closest rivals are significant.

It’s been a busy year for Sigma, having released a number of well-received, compact primes for both E-mount and L-mount cameras and giving Sony owners even more choice when it comes to glass.

Will you be pre-ordering the new Sigma lens? Let us know in the comments below. 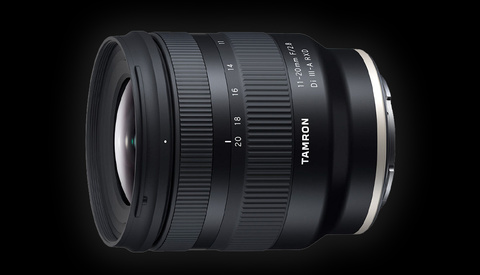 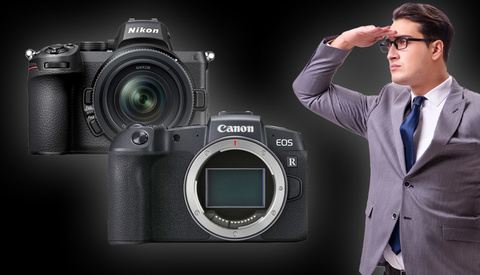 Gear / September 9, 2021
Where Are All the Third-Party Lenses for Canon and Nikon?
Premium Photography Tutorials

The Hero Shot How To Light And Composite Product Photography
With Brian Rodgers Jr.
$299.99
Log in or register to post comments
11 Comments

I will not be pre-ordering this lens, but only because I already invested in the Tamron 17-70 f2.8. The sentiment in some forums is that the Tamron with its lens stabilization and focal length presents the best value for money. I do however see this as an excellent choice for travel photographers looking to keep their kit as light as possible which is for them [arguably] the whole point of going APSC over Full Frame. I think this lens will also be a great upgrade to any A6xxx users who still had the 16-50 f3.5-5.6

As far as I know, there was no previous generation for this E-Mount lens.

I'm currently shooting on an A6000, and for me to commit to the system by buying this lens, I'd be also be wanting to upgrade to the A6600 (larger battery and weather sealing). I'd therefore be looking at about $3,000 AU.

If you're not interested in video and the lack of lens options doesn't bother you, then I agree the Z5 is a better value proposition.

From what I see, the S line lenses are excellent, as is Nikon's weather sealing.

Added bonus, I wouldn't have to deal with Sony's menu anymore.

Watch out, Nikon is becoming the new Sony:

I would love to see a sharp and similarly compact and affordable 16-70/4. My preference is for sharp, compact, less bright zooms for general use in decent light and bright primes for low light.