We all know that age-old theory, the one that suggests dogs and their owners look alike. And this humorous new photo series proves exactly that.

Gerrard Gethings, an animal portrait photographer by trade, has released the new series in conjunction with Laurence King Publishing. The series consists of 50 sets of portraits, pairing different breeds of dogs with their owners in a manner that heightens the similarities of the two.

The inspiration came in part after Gethings spotted similarities between dog and human pairs in the park. Speaking about the concept to Metro, he said:

There’s [always] an old man with an old grey dog. A bearded man with a schnauzer. Curly hair and a poodle. It was something I’d been thinking about for a while, but in order to make it happen, I needed backing. The idea was to shoot 50 convincing canine/human couples that would be beautiful, compelling, but also kind of amusing.

So, are we naturally drawn to dogs that look like us? Studies from the BBC suggest it’s indeed possible to predict which dogs belong to which owners based solely on appearance. Some even suggest we favor dogs that share similar appearance traits to us, albeit it being an unconscious decision. “‘I suspect that when we see beauty in a dog, we are perhaps pointing a finger at ourselves. It’s subconscious but there all the same,” Gethings adds.

Dogs are never an easy subject to photograph, but Gethings has managed to capture these pups with such character, it’s hard not to laugh. To see more from the series, check out “Do You Look Like Your Dog: A Memory Game” by Gerrard Gethings.

All images are courtesy Gerrard Gethings and used with permission.

Humor / September 15, 2020
What the Heck Does This Sock Have to Do With My Photography Career?

I find the human poses creepy and the pastels are just fugly. I do like shooting my dogs though. They are fun and look nothing alike. 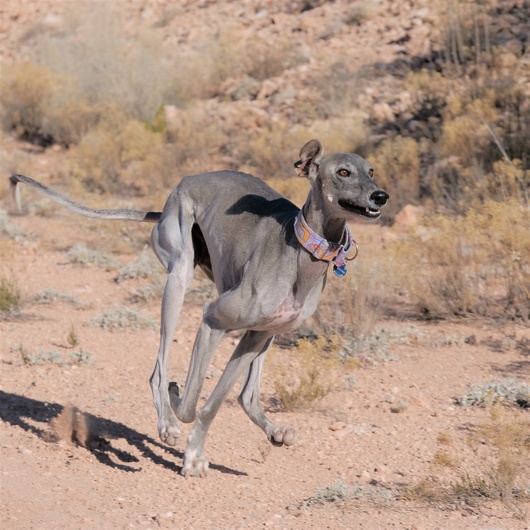 Hi Mark. What a nice dog you have. May I ask what kind it is? Seem to never have seen on like this.

I believe the movie I Love You Man, called these Bowsers.

Here's one of me with my Basset Hound 'Flash' ... can't see the resemblance at all. 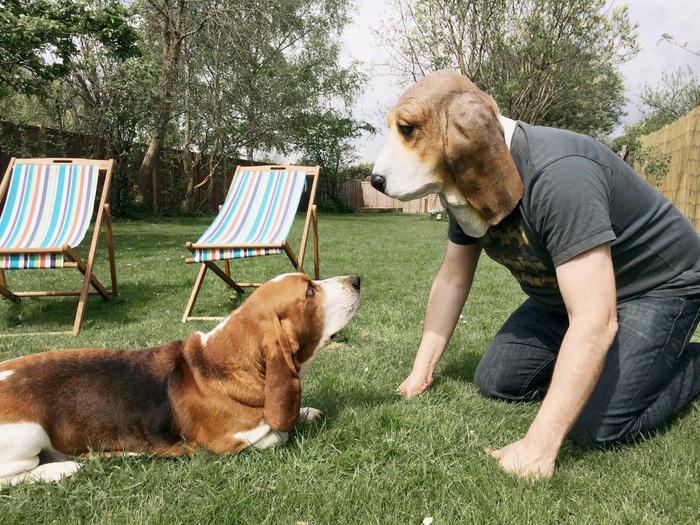 Two last ones are the best. They made my day!