A photographer was on hand to capture the dramatic scene as five male cheetahs attempted to cross a dangerous river – one that has strong currents and is known for being infested with crocodiles. He was on a safari in Kenya when he was able to document all five animals taking to the water together.

Arnfinn Johansen is the lucky soul who got to witness the incident in person. He was at the Maasai Mara National Reserve in Kenya, on a photo safari, when it occurred, with all five cheetahs jumping into Talek River. 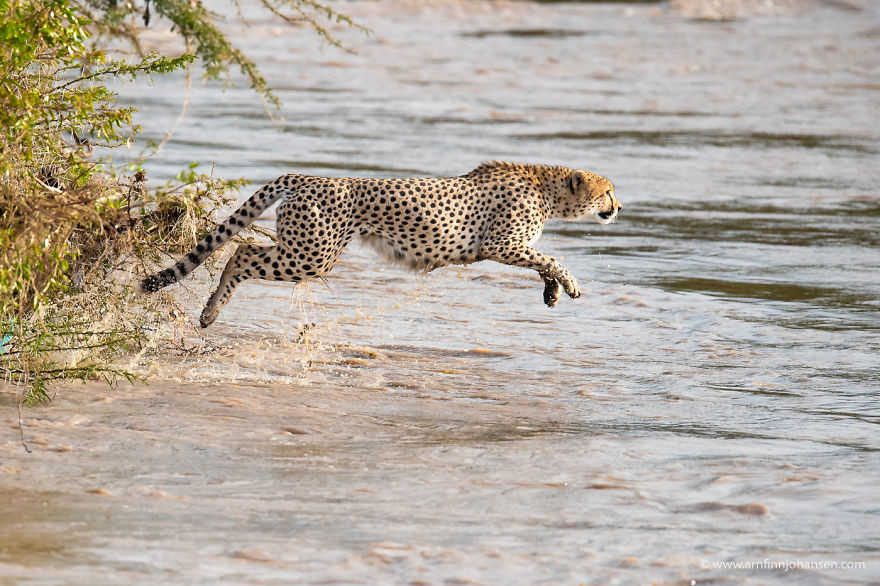 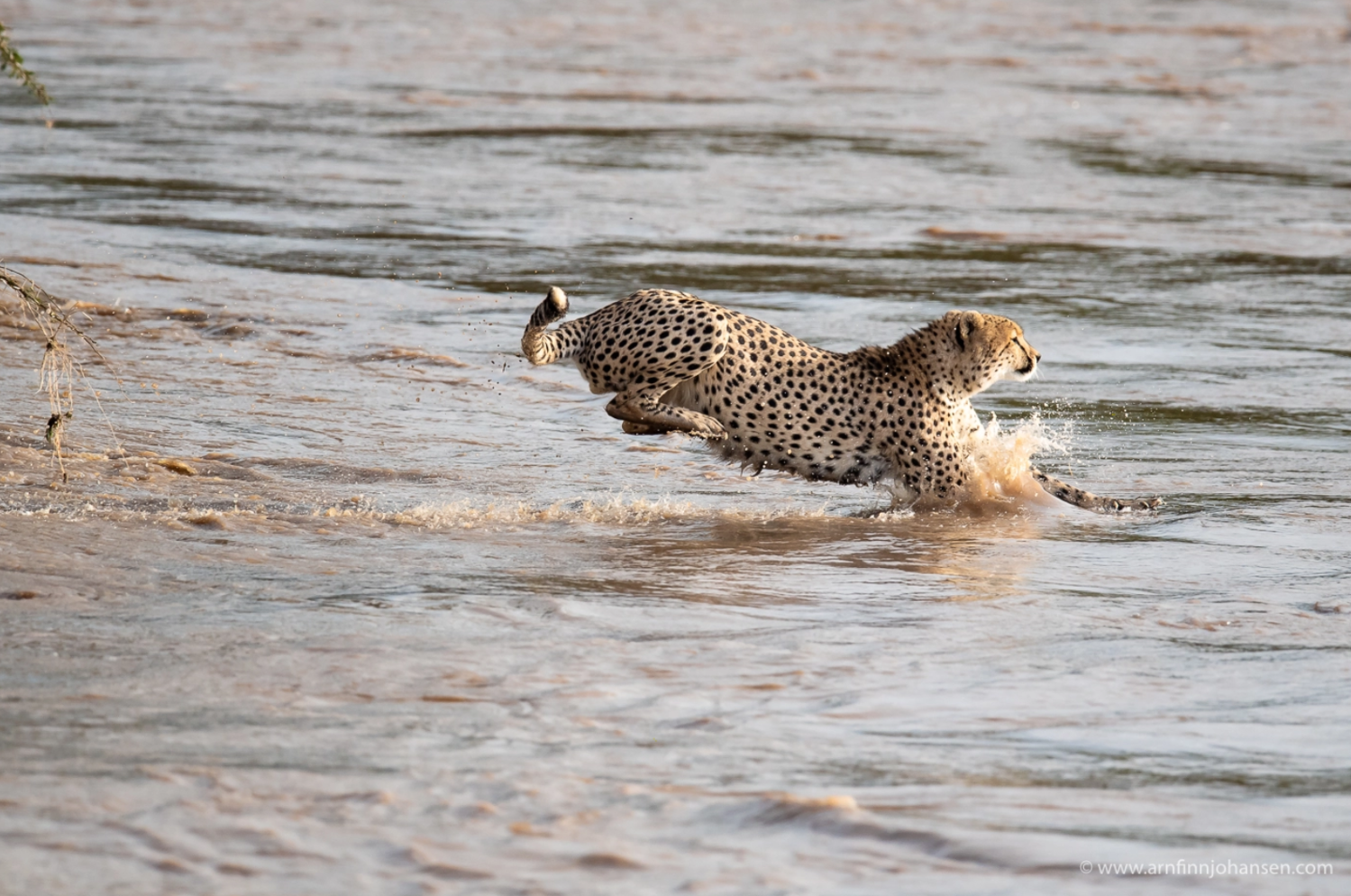 The coalition of cheetahs are known in the area as The Fast Five, and they are all brothers. Speaking to Bored Panda, Johansen reveals:

Normally, they would cross the river by walking on stones, but this year it had been raining for a long time and because of the flooding, it was very difficult for them to do so. Because of the strong current, it was really dangerous. Also, that river is home to the Nile Crocodile for whom a cheetah can be an easy meal.

He says another known cheetah recently died while trying to swim across. 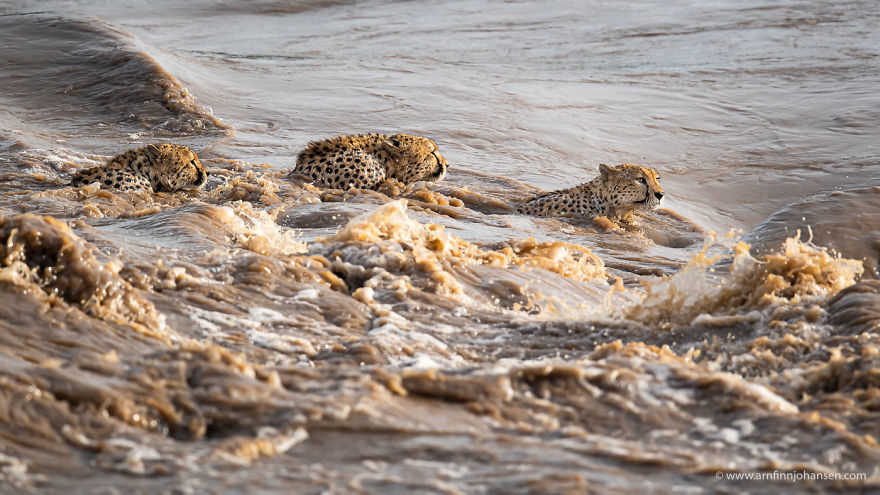 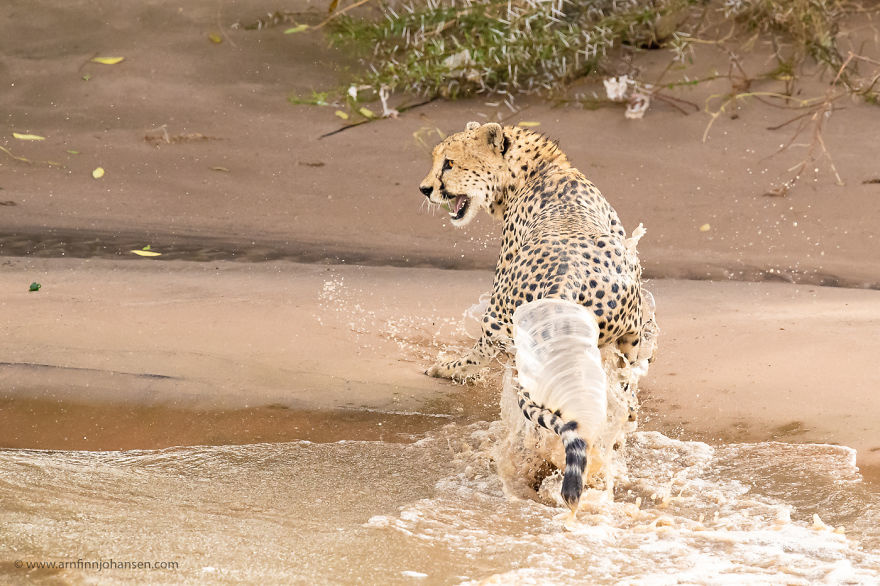 See more of Johansen’s work at his website or Instagram. He also founded the Oltepesi Tented Safari Camp, which he now runs together with his Maasai partner and staff. It aims to provide professional photographers the chance to photograph such animals, providing adapted vehicles to aid visitors in getting their best shots while on safari.

All images Arnfinn Johansen, and used with permission.

DIY / March 4, 2020
Learn How to Make Your Own Light Table for Close-Up Photos

Cool photos and story! Thanks!

Where are the crocs?

yeah this was posted on another website with the same questions. If they refer there are crocs, they should at least capture a photo of one. Otherwise this is just a group of cheetahs crossing a high current river.

It's a once in a lifetime natural spectacle. A gift.

Use your imagination-be grateful Mr Johansen had the wherewith all to capture it and share it with world.

Fantastic, props to the photographer.

Pretty amazing. Check the expressions on their faces, "Who's bright idea was this? Swim to the other side, he said."

They do it quite often. Like, all the time.