Heads Up! Possible Meteor Storm on May 30-31

Normal annual meteor showers (e.g. summer’s Perseid shower) we’re accustomed to tend to bring more of a drizzle than a shower. Rates of 70 to 100 meteors per hour are typical and sound good on paper, but this is an optimistic estimate called the zenithal hourly rate (ZHR) based on what an observer would see if the meteor shower’s radiant was directly overhead. Factors such as a radiant lower in the sky and light pollution reduce this rate.

In the case of the predicted (hopeful) meteor burst, we could see a ZHR of hundreds or a thousand per hour. This normally unnoticeable meteor shower, called the Tau Herculids, potentially rises in activity due to the breakup of Comet 73P/Schwassmann-Wachmann. The ‘P’ designation indicates a periodic comet, which in this case has an orbital period of 5.44 years.

Normally comets are responsible for meteor showers as each passage close to the Sun stresses their loose conglomeration of dust and boils off some ices, but comet 73P was observed in 1995 to completely fall apart, presumably due to additional stresses of passing by Jupiter.

Although predicting the behavior of comets and associated meteor showers entails considerable uncertainty, there is a possibility of high activity. The American Meteor Society lists three models indicating a peak around 05:05 UTC on 31 May, which translates to 22:05 PDT on 30 May for the west coast of the U.S. The ZHR cannot be predicted reliably so if the model inputs and assumptions are not correct, a fizzle could be a possibility! More info can be found in this earthsky.org article.

Given the convergence of timing, even with such uncertainty in the meteor shower activity, it’s an opportunity we shouldn’t miss, especially since photographing a meteor shower is one of the simplest things to do. It just takes persistence!

In the simplest form, all you need is a decent DSLR or mirrorless camera on a tripod and a wide angle lens. The camera should be operated in manual mode with the lens wide open, a fast ISO, and long exposure. Typically, I use my Nikon D600 or D850 with a Sigma 15mm fisheye lens, shooting 20-second frames at ISO 1600. Both cameras are full-frame cameras, which maximizes the sky coverage. These cameras also have internal intervalometer functions so no additional equipment is needed. If your camera does not have the internal intervalometer capability, you will need an external one.

When starting the evening, be sure to shoot a few frames manually to verify focus as well as to judge the brightness of the sky. The image of the sky should not be so bright as to wash out potential meteors, but not so dim that the sky background is being clipped in the shadows. If the background sky is not optimal (use your camera’s histogram), adjust the ISO or length of the exposures to reach an acceptable image level.

If you plan to shoot all night as I do, it’s good to get a battery eliminator powered by an external large battery or AC power source. Otherwise, you will need to have a handful of charged batteries and swap them out every few hours.

An additional consideration to remember is to use a memory card with as large a capacity as possible. An eight-hour session at three frames per minute will yield 1,440 frames. At 50 MB per frame for high end cameras, you will end up with 72 GB! In addition, a fast memory card is desirable to minimize dead time between frames. A two-second pause between frames to save an image results in a 10% dead time, and Murphy’s law dictates that the best meteors will show up in that interval!

An optional piece of equipment to use is a star tracker or astronomical mount. In this way, trailed stars can be eliminated and complications such as lens distortion can be largely avoided if frames will be stacked later.

Fortunately for U.S. residents, this is Memorial Day weekend, so perhaps we can take another day to sort through our frames! My standard procedure is to import the entire batch of frames into Lightroom and adjust a representative shot for color and contrast, then output a set of jpeg frames into a sub-directory with the images output at highest quality at the highest resolution of my monitor (2K). I then use the native Windows JPEG image viewer in full-screen mode to browse through the frames, noting the frames with meteors. The reason for reducing the resolution in this set of JPEG images is to be able to browse through them with minimal delay between frames. While dim meteors may be missed in this stage, the best and brightest ones will still be obvious.

While it may seem to be easy to identify meteors, to do a proper job takes some care, as satellites and airplanes (even fireflies!) can be a problem. Generally, I look for these features:

Once the frames with meteors have been identified, I go back into Lightroom and mark them (e.g. with a red color marker).

Unless this meteor shower is very intense, it’s likely that only a single meteor will be caught in a frame, so compositing some or all of the meteors into a single image will be desirable. If the frames have been shot on a tracker, compositing multiple frames should not be a problem as the background stars should largely align properly. The exception may be stars which were close to the horizon in some of the frames. Atmospheric refraction will tend to come into play at low altitudes (~ 30 degrees above the horizon).

If untracked frames have been shot, aligning stars between frames is a much bigger problem. The distortion in a wide-angle lens makes it impossible to simply use translation and rotation to match stars in frames taken far apart in time. In this case, I use a specialized program called Registar, which can recognize and fix misalignment even in highly distorted frames. The original use of this program was to align digitized film images which were subject to distortion due to shrinking or stretching of film. This program also nicely fixes the problem of atmospheric refraction at low altitudes. It is not free, but works very well for astrophotos where star alignment is needed and does not require manual assignment of reference points.

The alternative to using Registar is to manually align frames in Photoshop, concentrating just in the areas immediately around a meteor trail. All but the longest meteor trails can be reasonably composited when everything else in the frame is masked out.

When compositing frames, one of the frames should be used as the base reference frame. Ideally this frame would be about mid-way between the first and last frames with meteors, but you may want to take the photo composition into consideration, placing the Milky Way in a pleasing position, for example.

Another option for post processing a night’s collection of frames is to assemble them into a time-lapse movie. This is particularly effective if meteor activity is high or sporadic clouds plagued your evening. To start assembling a movie, once the frames have been batch processed in Lightroom for color balance and contrast, they can be output into sequentially numbered JPEG files in a sub-directory. If the frame numbers from the files have not wrapped around, the camera filenames can be used directly. Otherwise, use Lightroom’s ability to rename the output set with sequentially numbered frames.

Before outputting the frames from Lightroom, use Lightroom to crop the frames for a suitable video aspect ratio (e.g. 16:9) and output the frames at a resolution to match the final video file (e.g. 1,920 x 1,080 for HD video). This will minimize the subsequent processing that Photoshop will have to do for video conversion.

The next step is to open the first file in the set with Photoshop, taking care to check the box indicating that the file is the first in a sequence. Photoshop will then automatically put the frames together in a video sequence which can be enhanced with titles or other labels before being exported in standard video files such as H.264 .mp4 files.

Go Out and Get the Data!

Whether your goal is to get a single frame with a meteor, create a composite, or assemble a time-lapse video, the important step is to go out and get the data. If the meteor storm happens, you don’t want to be kicking yourself for not making the effort. Good luck to us all! 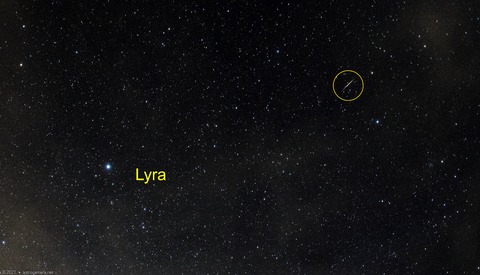 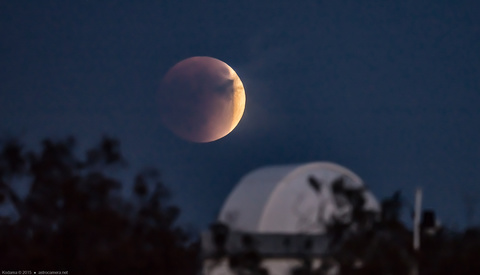 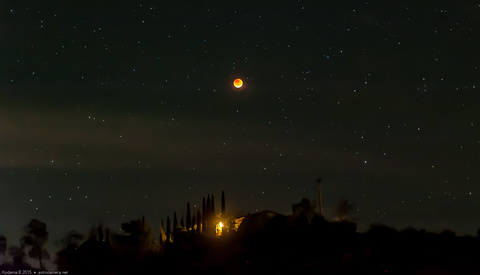 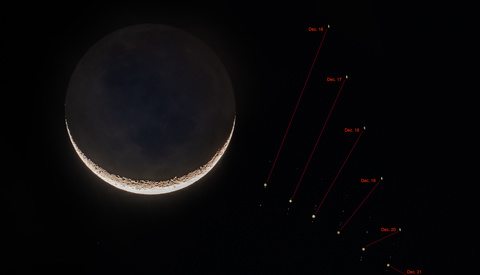 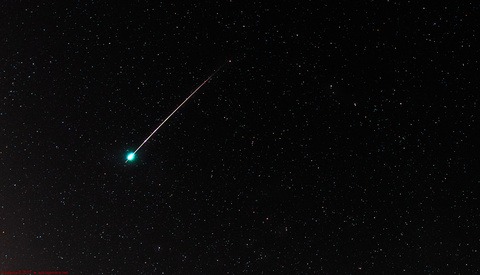 Thanks for the heads up! Sounds like a rare opportunity if the stars align (pun unavoidable).

Thanks for the heads up! May head out to RMNP if the clouds clear up!