Photographer Captures 10,000 Plastic Bottles And A Mermaid To Send The World A Message

Something about taking a simple, ordinary object like a plastic bottle and turning it into an extraordinary idea to send a message to the world is one reason why we love photography. That's exactly what Von Wong sought out to do in his latest viral project. Lets take a look at his work and behind the scenes!

Von Wong prefaced his project's story by sharing an eye brow raising fact: If the average American uses 167 plastic bottles a year, in 60 years they will have used 10,000 plastic bottles.

That's a lot of plastic.

So the Von Wong we all know ambitiously came up with a project that utilized his visual talent along with his passion to create a project to let the world know about this unfortunate fact.

One of my greatest strength as an artist is that I am often too naive to realize how crazy my ideas are.

I dive into them head-first, rallying volunteers around a single cause. Thanks to the help of people who are often complete strangers at the beginning of my projects, what starts off as a small idea blossoms into a full blown production.

In this case, all I knew was that plastic pollution was a boring topic and I had to find a way to make it more interesting.

The Army of Volunteers

It started with Von Wong using the power of social media's resources to assemble a group of volunteers. He used anything from a tweet to a Facebook group reaching out to anyone willing to help. 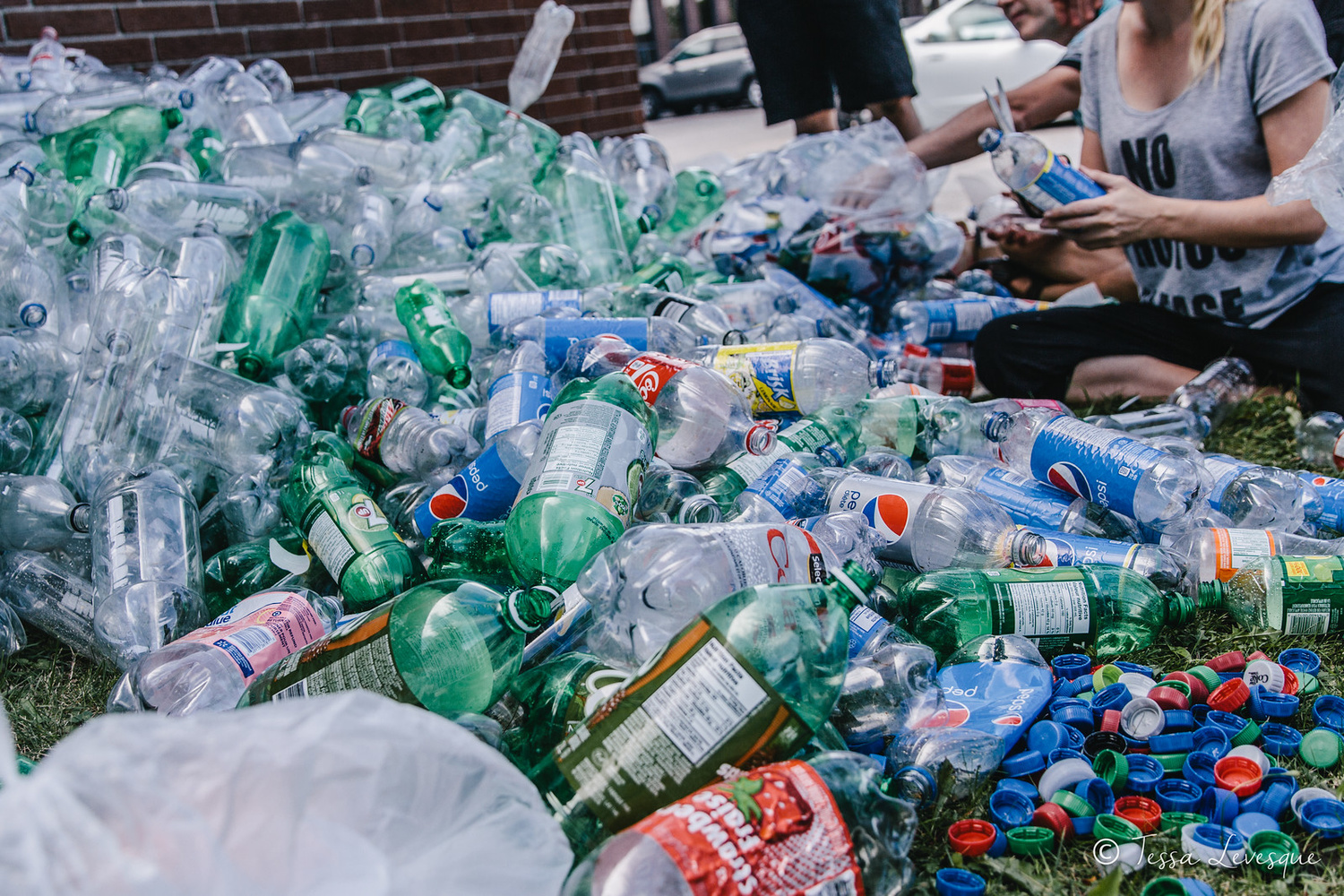 Since Von Wong had a truckload of bottles on his hands, he obviously needed a place to park the mountain of plastic. He found a friend through his network that spared his team a warehouse for a week to fulfill the need for space. 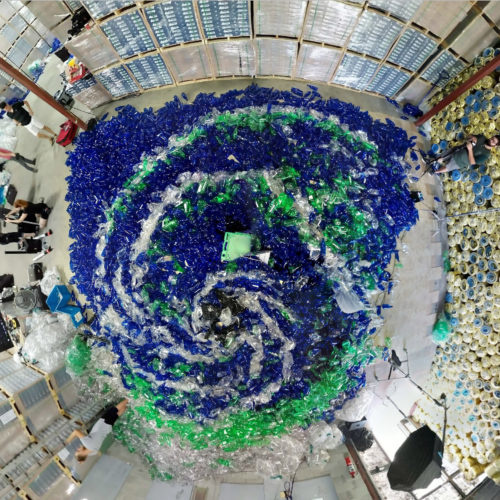 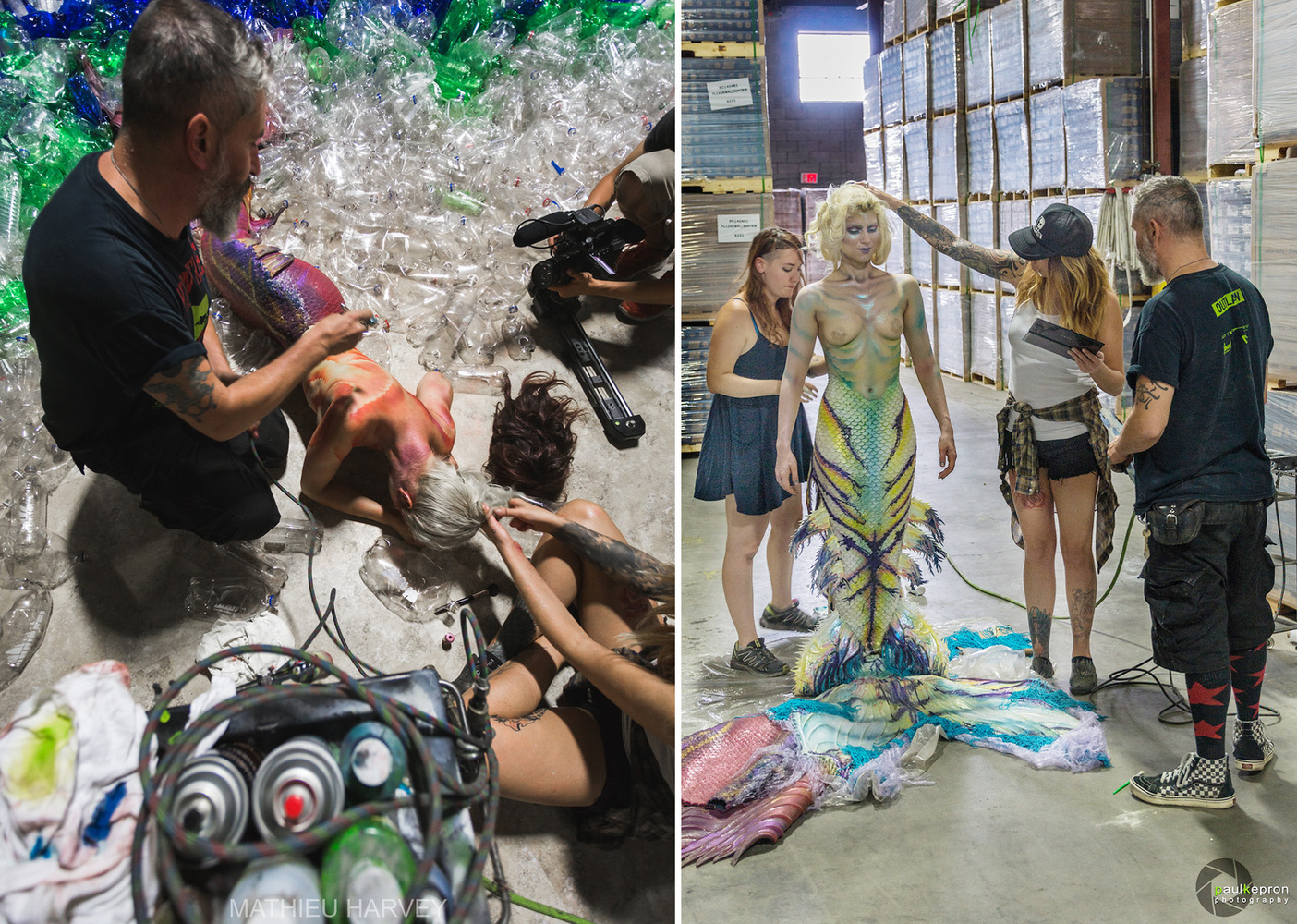 Von Wong with the help of his good friend who happened to be a professional rigger helped suspend his Sony a7rii from above. 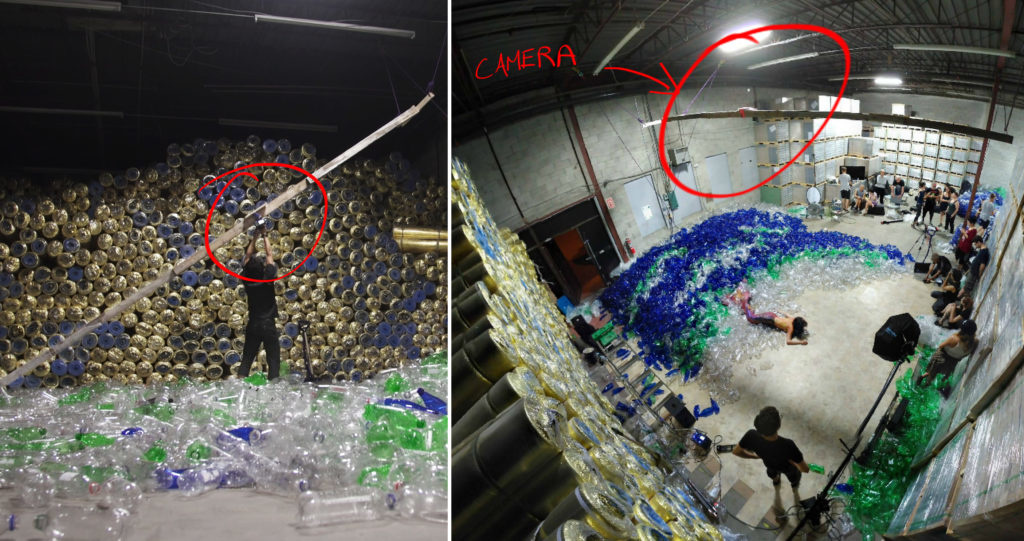 The camera was controlled by an iPad hooked up to a 52" television. Sony's mirrorless cameras can be controlled remotely through a free app called Play Memories. It took six seconds to take each photo. 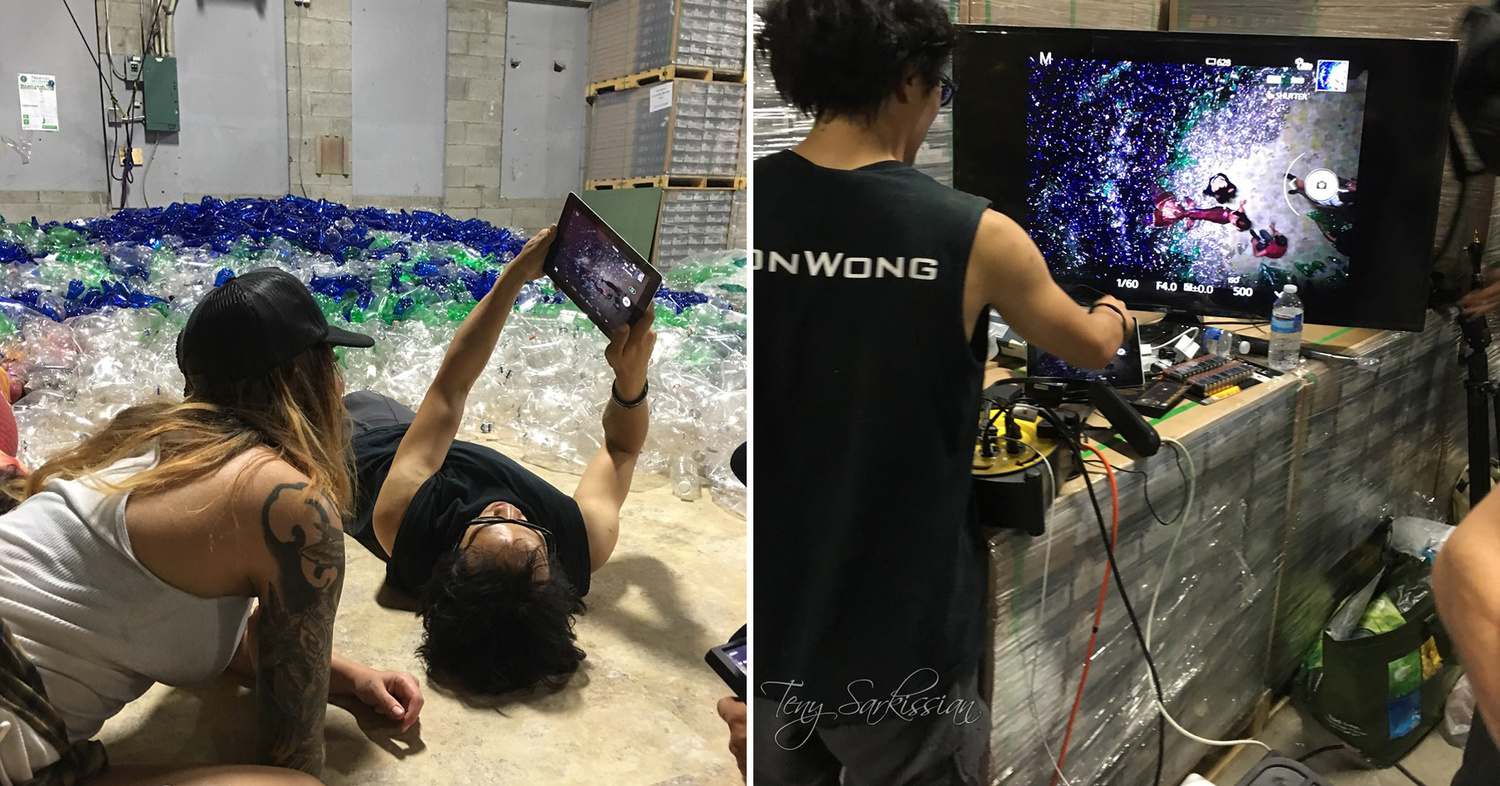 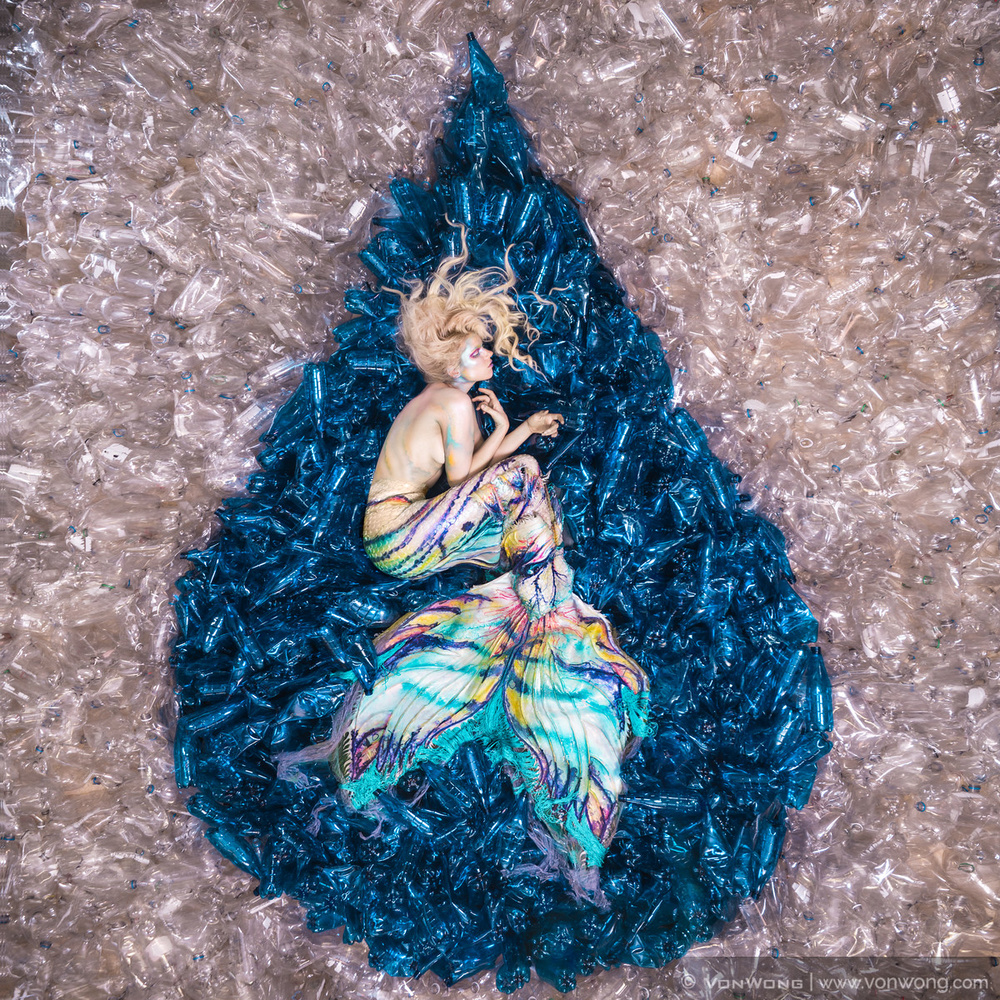 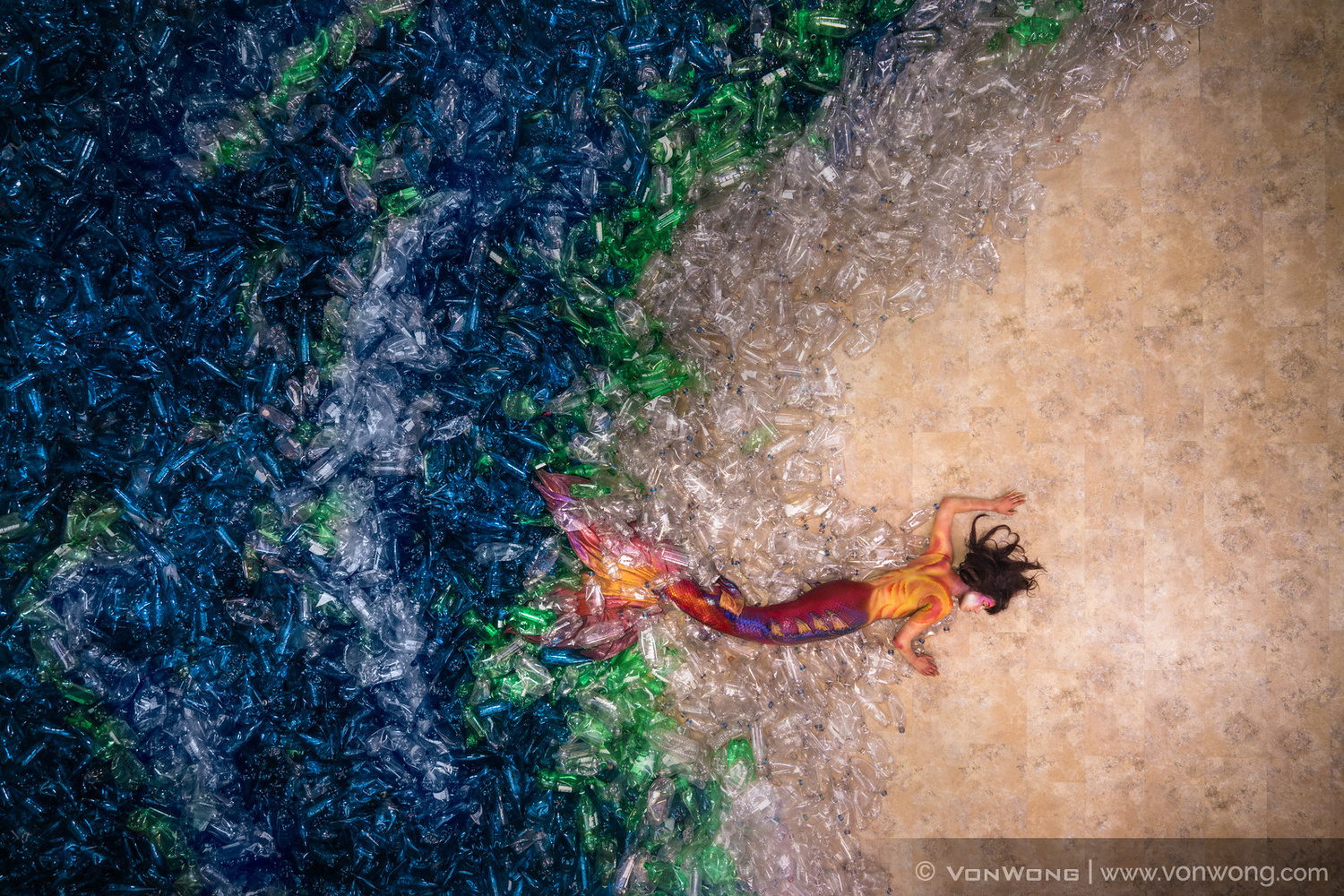 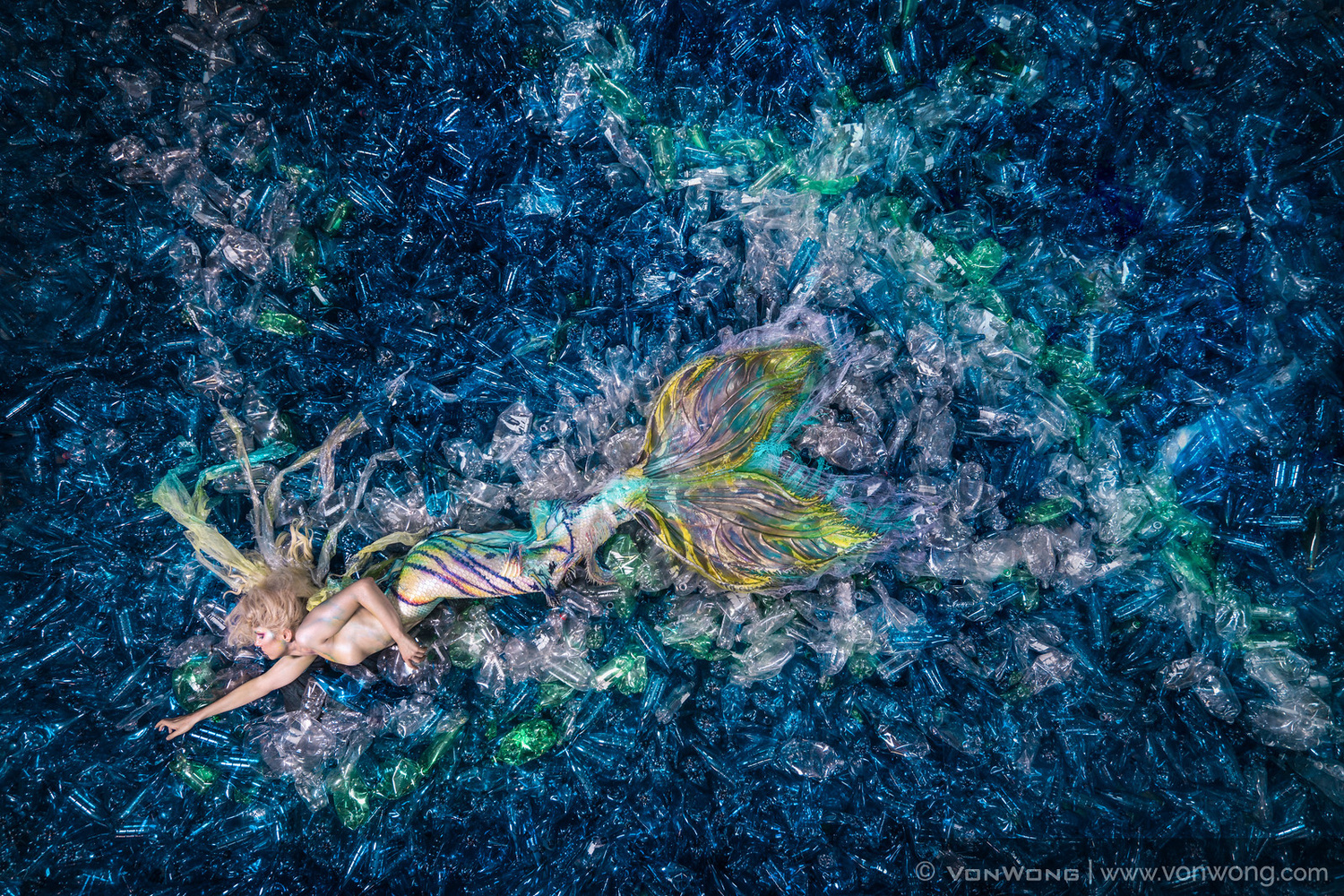 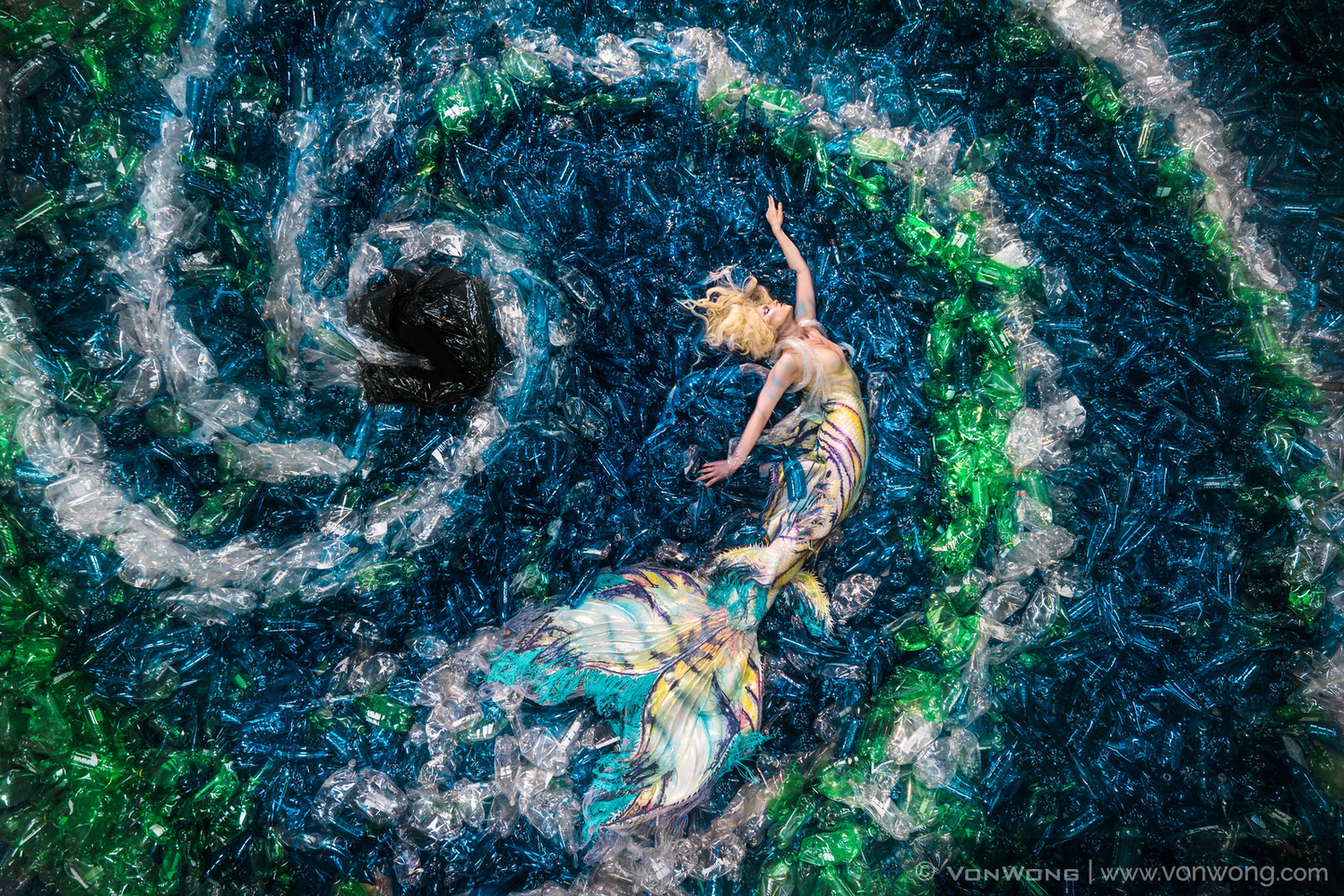 Change happens when individuals come together to fight for something they believe in. Sign the petition at www.MermaidsHatePlastic.com

This is one of the really interesting things about photography. This type of shoot is 99% co-ordination, wheeling-dealing, planning, project management people skills and 1% photography.

And hats off to him. Great cause and great photographs...

THIS is a hell of a project! Time consuming but so worthwile! Stunning images and above all, a strong message shared with the world! well done!!

Now that's using talent for a good cause !

Chris Jordan did something similar years ago - except he wisely chose to create art with digital imagery than with real plastic. All the water used to clean those bottles - it makes me shudder. Sometimes the waste created in the service of educating about waste is too much.