How Good Are Your Visual Skills? Find Out if You Are a 'Super-Recognizer'

Super recognizers are people with extraordinarily good face recognition ability. It is estimated that less than 2 percent of the population are super-recognizers. Are photographers any more likely to possess this superpower?

In recent years you may have heard the term super-recognizers in regards to the success stories of specialist police officers with their exceptional ability to identify criminal offenders from CCTV footage. The term super-recognizer refers to any one who can remember at least 80 percent of the faces they have seen. When you compare this to the much lower 20 percent which most normal people score, you can see why this remarkable "superpower" continues to attract widespread interest. The fact that people with this faculty still seem to be far superior to computer recognition systems means it's no surprise that police forces are looking to harness this skill to fight crime.

The science behind the phenomenon is still very much emerging but many believe it is down to the fusiform face area which is part of the brain. The general consensus is that this section responds mostly to faces although there have been some who question if it is uniquely dedicated to just this as the area has been shown to activate for various other stimuli. The size of this area will vary from person to person and it's these functional clusters which aid in your ability to correctly recognize a face.

With that brief science lesson out of the way, how exactly does this relate to photographers?

The reason I was made aware of this fascinating topic was thanks to a social media post which linked to an online test that could tell if you had what it takes to be a super-recognizer. The test itself only takes about five minutes and is actually quite fun. During the 14 trials you are shown a single face to memorize after which you are given an array of faces to find the corresponding one. The test starts quite easy but gets much harder towards the end. Any score of 10 or more from the trial could suggest you possess the skill, so when my score came back at 13 out of 14 I was obviously very pleased. After my mini celebration, I started to wonder if my skills as a photographer had anything to do with it? I shared the link with several other photographer friends and they all performed equally as well. The science suggests this ability is something you are born with rather than learned, but the fact in my very limited experience I found creatives did better than the average I was curious if there was anything to my speculation. Maybe we just gravitate towards professions that are more appropriate to our genetic makeup?

I reached out to principal researcher Dr. Josh P. Davis who is reader of applied psychology at the University of Greenwich and is responsible for the super-recognizer test which I took. I asked Dr. Davis if there were any studies related to my cobbled together hypothesis and surprisingly there was. He told me about an experiment where expert portrait artists were tested to see if their facial recognition abilities were much better than most. Although the findings did not completely back up my theory, they did show that portrait artists tended to be better than average.

Photographers are very different to portrait artists, and for this reason I'd be fascinated to know if they would fair any better in the test. If you think about the skills involved to successfully keep track of strangers at a busy wedding or the abilities needed to hunt out interesting faces in street photography it would not surprise me if we had more super-recognizers than many other professions.

What do you guys think? If you'd be interested in taking the free test it only takes five minutes and I'd love to hear how you scored. Some of you may have had a superpower all this time and didn't even know it. 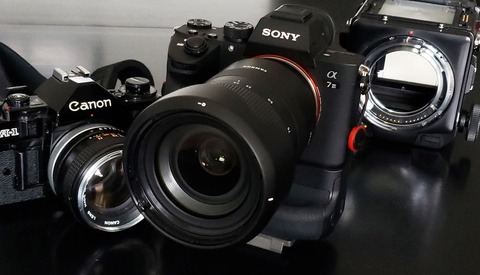 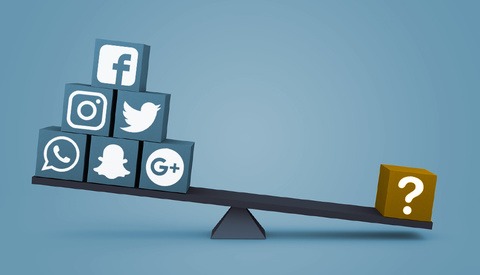 Business / May 20, 2018
One Thing I Regret Not Starting Sooner as a Photographer 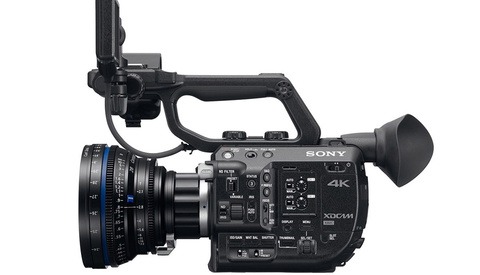 Still very commendable Matthias, the last few are the hardest ones for sure.

Appreciate you taking the test!

Yes! thanks for taking part Chris!

Hey congrats on your score Bob, the thing about this skill is you actually remember a lot without realizing or much effort.

Check out this video where super recognizers were tested when they didn't even know they were being tested...

I scored an 8 which sounds vaguely respectable if not quite in the same league as you chaps. The thing is though, I have the worlds worst facial recognition. I seem to spend half my life bluffing my way through conversations where I can't place who the other person is. This is particularly difficult with clients. i usually don't see them until they've been through intensive hair and make up. When I meet them out of context at a later date I have zero chance of knowing who they are. Managed to inadvertently snub two past clients in a day a few weeks back.

Hey Dominic thanks for your honesty. I think 8 is still very respectable.

I'm really not great with names, it's something I'm trying to work on...

I got 10 which I'm very pleased with. My memory is not what it was & I'm no spring chicken. Great article!

Thanks Peter, I appreciate it.

Congrats on your score, hope you enjoyed the test...

14 out of 14 for me. But I could see how the test could be made harder by changing the angles more.

Well done Michael! you know if this photography stuff doesn't pan out then maybe you have a second career in The Avengers or something... ;)

Ive always been good at pattern recognition. I once read a study that showed master chess players no longer learned the skill of the game but rather used the facial recognition part of the brain to memorize board layouts. So similar to how you or I see a familiar face and know who they are. they see a familiar layout and know what move to make next.

Oh wow, that's really interesting! I actually just got off playing chess like 5 mins ago. I play every day for fun, I'm not any good but I still enjoy it!

Definitely going to investigate what you said more... Thanks!

"You scored 14 out of 14." Somehow, I've always been able to distinguish faces, particularly actors in shows or movies. Even actors how had at most 1 line in a strange B movie and then showed up in another movie, I could always track them back to the first time I saw them. Not bragging but always knew I had this strange ability to a higher degree than anyone else I knew in my family or friends. You don't know how many bets this has won me. Maybe this explains it scientifically.

That's fascinating to hear Carlos! Thanks for taking the test. : )

Haha I do this exact thing. I always bet people because im sure I know what the actor has been in.

I think 10 is a very respectable score, Andrew. Remember the average population can only recognize 20% of the faces they see. Super recognizers are 80% plus. I would say you're closer to the 80 than the 20 that's for sure!

Thanks for taking part!

I think I have to leave some comment. Very interesting trial. Thanks!

I got 12 out of 14, which is not surprising because as many mentioned here, that I can tell actors from very different shows and I can remember faces quite easily.

However, more importantly, the paper for my master degree is 3D face recognition lol and now I am a photographer... so everything feels familiar. :D (my paper is to reconstruct a 3D face model given a 2D image)

As for the test, I have to say it is a bit brutal to 'guess' a complete side face given a straight face (or the other way around), the information is just much lacking, which turns it into a guessing game. (One with sunglasses...)

I am much interested in Dr. Josh P. Davis's research from Greenwich (Well I am from Imperial College not far away :P). Well from this samples pool, I have to say the computer face recognition is not capable at all - as I said the link between straight face and side face is very weak to get successful result. However, the result of the series of test actually may train the computer, which of course means the human recoginition is much capable, for some unknown reason. (much stronger neural network? or LUCK? lol)

The linked test include on male caucasian which is a very limited sample pool, which makes it more difficult (maybe that's the point?). Yes it is difficult... perhas with more female can light up male readers to join the test? :P

Hey Leon, thanks for your very insightful comment. Great points about sex and race btw.

I hope your studies are working out well.

I'm sure the university of Greenwich would love to hear your thoughts on the topic... : )

13 out of 14. I noticed that I was anchoring by comparing facial features to people I've worked with in the past. This guy has a jaw line like so and so, or eyes like so and so.

That's interesting you say that as I did exactly the same as you! I also tried to disregard the hair as that can very easily be the same on two people...

10/14 for me. Got a little more difficult towards the end. I actually have a horrible memory, so that's interesting. Haha. Super cool stuff!

10 is still very respectable Paul, the test is designed to get much harder towards the end.

Hope you enjoyed it!

12 out of 14. Interestingly I noticed that many of the ones I got, I got instantly without actively thinking. Our prehistoric ability to recognise friend of foe at a distance/through trees/in a crowd works well here. When I tried to concentrate and think through the problem it interfered and made it harder.

You make a great point Dan, a lot of this stuff is hard wired from our prehistoric days. I recently wrote about how features of the eye were more favourable than others and that also traced back to cave men wanting to know who the best mate would be.

This stuff is still deeply engrained in us and as photographers, we can take advantage of it!

Congrats on your score...

"This stuff is still deeply engrained in us and as photographers, we can take advantage of it!"

Oh definitely. Many artistic techniques can be traced back to our early evolutionary development. Red/Orange aren't warm colours because someone woke up one day and randomly decided that from now on they would signify warmth.

Haha please let me know how she does! How did you do?