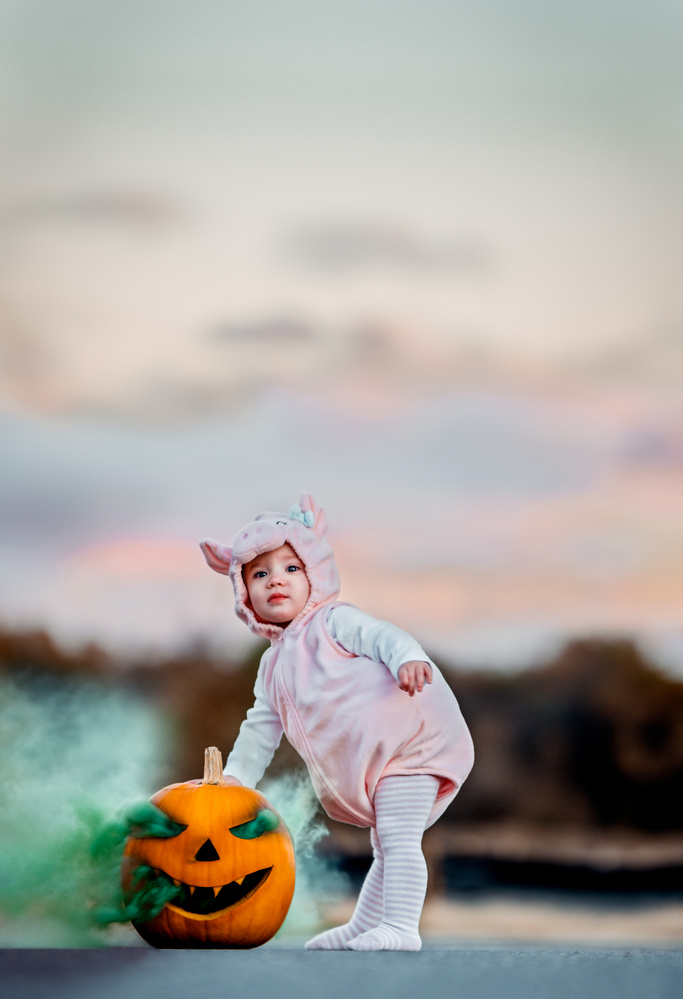 I wanted a cool photo to post on social media as a Happy Halloween, but not as the typical standing in front of the doorway in your costume shot. I waited till the sun was almost set, and I had my daughter stand by this pumpkin I carved specifically for this shot. It was a super cold windy day so I snapped a few shots then my wife took my daughter back inside. I used a smoke bomb I had left over from our gender reveal the year before. It was the tester so I had no idea what color it was going to be, and how much smoke it was going to produce. I put it inside the pumpkin, and snapped away as the smoke was blowing wildly in the wind. I composited my daughter into the frame, and painted in the smoke until I had the look I want.