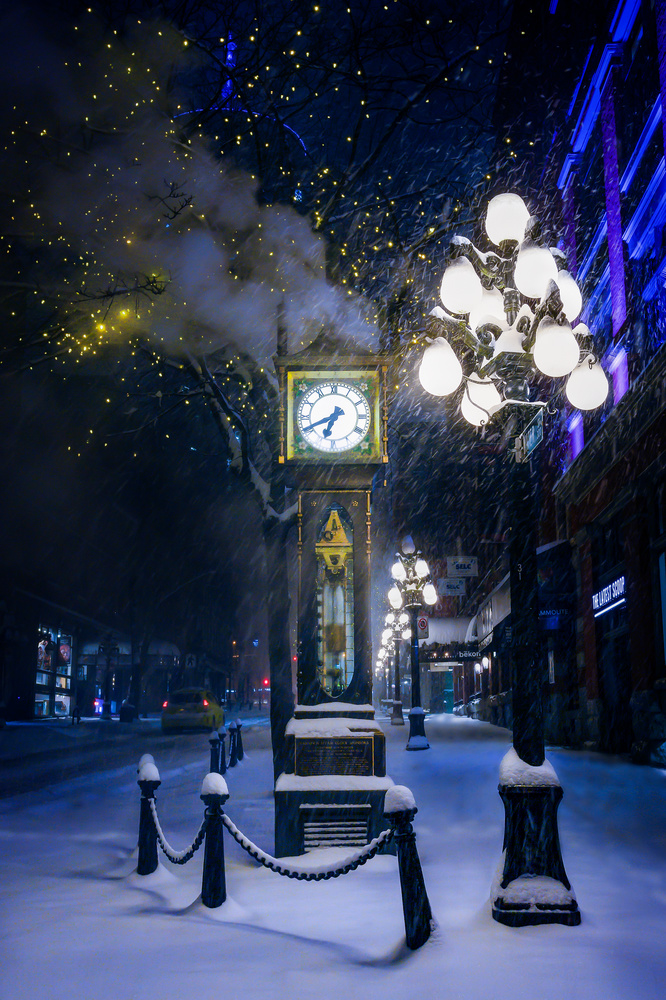 Gastown Steam Clock in Vancouver earlier this year during the first snowfall.

Gastown’s most famous landmark is its steam-powered clock, located on the corner of Cambie and Water Street. The clock was built to cover a steam grate that was part of Vancouver’s distributed steam-heating system. The clock was built as a way to harness the steam and to prevent street people from sleeping on the spot in cold weather.

A plant adjacent to the Georgia Viaduct generates the low-pressure steam that powers a miniature steam engine in the base of the clock, which drives a chain lift that moves steel balls upward, where they are unloaded and roll to a descending chain. The weight of the balls on the descending chain drives a conventional pendulum clock escapement, geared to the hands on the four faces. The steam also powers the clock’s sound production, which uses whistles to to signal the time and produce the Westminster chime. Each 1/4 hour the clock sounds the chimes on 5 brass steam whistlers.